LAWRENCE – In the new book she co-edited and co-wrote, “Racism by Another Name” (Information Age Publishing, 2021), Dorothy Hines contends that race has been the American public schools’ most profound legacy because it is one of society’s deepest fears. 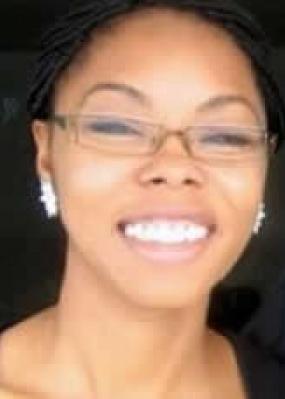 “From Ahmaud Arbery, who was murdered February 2020 in Georgia for jogging while Black, to Breonna Taylor, who was killed by police in March 2020 in Kentucky, Black people and especially Black children are seeing individuals who look like them being gunned down on national television,” Hines said.

“But what happens to Black students with disabilities whose experiences often are not captured on the national news or via cell phone footage?”

Hines, associate professor of curriculum & teaching and of African & African-American studies at the University of Kansas, is all about challenging notions that limit what marginalized students can achieve. Throughout the new book, subtitled “Black Students, Overrepresentation and the Carceral State of Special Education,” she spells the word “dis/abilities” to capture the effects of such constraints on Black children in public schools. 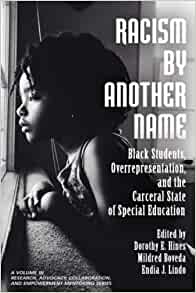 She and her co-authors, professors Mildred Boveda of Penn State University and Endia Lindo of Texas Christian University, not only analyze the history of racial inequality for Black students with disabilities, but they detail how Black parents, guardians and caregivers today are fighting for the rights of their children.

“Education is not linear,” Hines said. “It is messy. It is full of power, privilege and inequality. For Black children with and without 'dis/abilities,' they often are not placed at the forefront of discussions on educational reform. Instead, they are viewed as an afterthought — if thought about at all.

“When we label people as having a disability, too often we forget that they are still able and capable to do things. So we slash the term to challenge these traditional ways of thinking about what 'dis/ability' means.

“But it doesn’t stop there. Slashing terms is not enough. Our racial identity also intersects with gender and shapes how we navigate the world. We see that Black girls are often silenced when it comes to their education.”

In its most extreme form, said Hines, “hyper-discipline” and “hyper-surveillance” of Black children leads to what many critics call the school-to-prison pipeline. As Hines wrote, educators’ presumptions about Black children all too often default to punishment.

“You don't always have to look like me, but you need to understand that experience,” the author said. “If that is nonexistent, how will that play into how I experience school?”

The chapter that Hines co-wrote is titled “A Pattern of Practice: Federal Law and the Carceral State of Special Education for Black Girls.” She likened the various attempts at educational reform by the federal government, from the Supreme Court’s Brown v. Board of Education decision to President George W. Bush’s No Child Left Behind, to trying to scratch an itch that cannot be reached.

“We're doing all this itching, but we're not getting to the core problem, which has to always deal with race, culture and the history of American public schools,” Hines said. “And the history has told us that Black girls have never been allowed nor given the opportunity to be themselves in their full capacity, who they really are, and to operate in that space while in school.

“It’s not just about Ruby Bridges, the first Black child to racially desegregate an elementary school in 1960 in Louisiana. It’s about how, historically, Black girls have been denied the right to a just and equitable education, and how, in many cases, they still are. That is the prime thing we talk about in that particular chapter.

“It’s an 800-pound gorilla. We all see it. Some may not want to, but it’s there. Racism cannot be cured with a Band-Aid. We have to treat the underlying problem that is causing the itch before it spreads across the entire body.”

Hines said she believed it starts with us but that we must also change systems. It does no good, she said, to ask individuals to change without altering the systems that allow their actions to happen in the first place.

“It’s like the late congressmen from Georgia, John Lewis, said about getting into good trouble,” Hines said. “Not all trouble is good. But there are some types of resistance that are necessary for change — that can really lead to good outcomes. It's the person who says women's rights are human rights. It’s the person who says my child does deserve to be in gifted classes. It’s the mother, father or guardian who says my child has a 'dis/ability,' but they are still capable of living out their dreams. They speak up to counter the dominant narrative while seeking change.”

The book ends with Hines and her co-editors citing the Rev. Martin Luther King Jr.’s invocation of “the fierce urgency of now.”