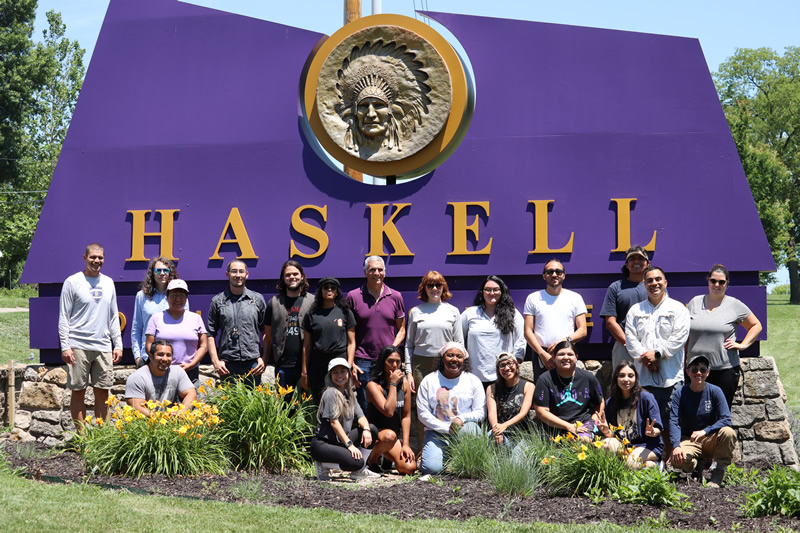 LAWRENCE — Growing up as a citizen of the Cherokee Nation, Annalise Guthrie never expected to have a career in science. She is not alone. Only about 16% of Native Americans attain bachelor’s degrees, with far fewer going to graduate school in the sciences.

This is the goal of the Haskell Environmental Research Studies (HERS) Institute. The eight-week summer program in Lawrence seeks to prepare Indigenous undergraduate students for graduate school through mentoring and learning experiences, in and out of the classroom. The program started as the brainchild of Daniel Wildcat, professor of Indigenous and American Indian studies at Haskell Indian Nations University. In 2009, Wildcat teamed up with Joane Nagel, University Distinguished Professor of Sociology at the University of Kansas, to establish HERS as a key aspect of education initiatives for Kansas NSF EPSCoR.

Since its first summer in 2009, HERS has trained 110 Native students with affiliations to 60 tribal communities across the country. And 45 of the interns have gone to graduate school.

That’s a remarkable feat given that Native Americans and Alaskan Natives made up less than 1% percent of doctorate recipients in the sciences from 2010 to 2020, according to a national report.

“We’re really trying our best to turn that around,” said Jay Johnson, director of the HERS Institute and professor of geography & atmospheric science at KU. He leads the program with faculty from Haskell Indian Nations University. 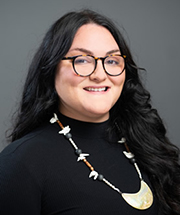 Guthrie is one of 13 interns in the 2021 HERS Institute. From training in the HERS program and other opportunities like the University of Kansas PREP program, she learned how to write research proposals and conduct a research project.  She now attends KU, pursuing a doctorate in ecology & evolutionary biology with guidance from Sharon Billings, Dean’s Professor, and funding from a National Science Foundation fellowship.

Funding for HERS comes from Kansas NSF EPSCoR, which stands for the “Established Program to Stimulate Competitive Research.” NSF uses EPSCoR to level the playing field for areas in the country whose scientists receive a lower percentage of federal support.

HERS, which has been active nine of the past 13 summers, will welcome its 10th cohort of interns in summer 2022, a milestone that also coincides with the 30th anniversary of the launch of NSF EPSCoR in Kansas.

Guthrie hopes to assist with the 2022 summer HERS program, mentoring the next cohort and giving back to her community just as other HERS alumni have done since the program started. She is also on track to pursue a career that will help her tribal community. She said this calling became apparent to her during the HERS program when she realized that any of the students in her cohort could be the scientists who do research to mitigate the major problems facing Indigenous communities.

“It was empowering for me,” she said.

What makes HERS so successful?

Much of the enduring success of the HERS Institute relies on building connections across cultures.

“If you want Native students to identify as scientists, they need to see direct evidence that science can address an issue of importance to their community,” Johnson said.

The interns start with ideas about how their communities are suffering from climate change and other environmental issues. Then, the instructors help the students refine their ideas into research projects.

“We basically teach them everything they need to know to turn an idea into a research question and a research proposal,” Johnson said.

The writing-intensive program goes from classroom instruction about climate change, GIS mapping and other science concepts to fieldwork and community engagement.

“We tour the Haskell wetlands and the Konza prairie,” Johnson said, “and we recently began collaborating with the Oneida tribe in Green Bay, Wisconsin.”

The unique addition to the program gives students a chance to work with a tribal community to address authentic and pressing challenges.

The interns are mentored by graduate students at KU, many of whom are HERS alumni.  Their support for the interns extends beyond the summer, creating a network to last into their professional careers.

Johnson said that the instructors also use the practice of “two-eyed-seeing” to ensure that the interns learn to view the world through both a Western scientific lens (or eye) while also firmly holding onto the Native perspective.

The HERS Institute is now accepting applications from undergraduates across the country for summer 2022. Learn more at http://hersinstitute.org/apply.html or contact Katrina McClure at HERS@ku.edu.