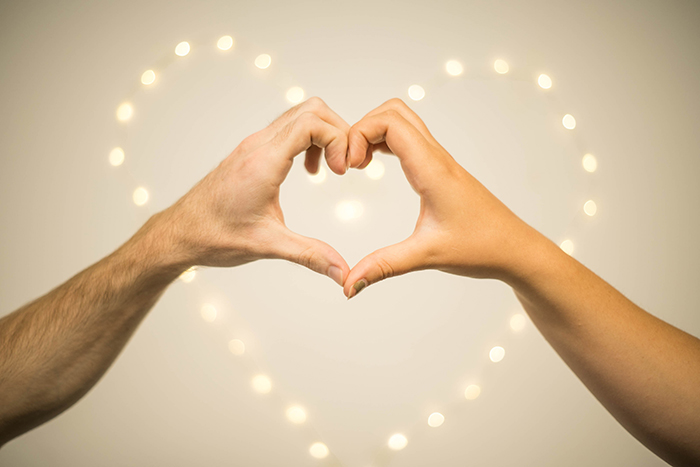 LAWRENCE — A new study from the University of Kansas shows that in "hookup culture," — in which young people may engage in sex without the traditional courtship practice of dating – there is a discrepancy between what college students are saying and what they are doing when it comes to sexual activity on dates.

KU scholars analyzed data from a survey of more than 20,000 college students describing their most recent date. They compared the findings to the traditional dating scripts and norms, such as the expectation that a man will ask a woman on a date, and pay, and the woman will regulate how much sexual contact happens. Findings showed that when men initiated dates, sex was more restricted than when women asked the man for a date.

The modern idea of dating as part of courtship was born in the 1920s. Most scholarly research on young adult sexuality in the last 20 years has focused on hookups, or casual sexual encounters not associated with a traditional date, said Sam Kendrick, KU doctoral student in sociology and lead author of the study.

“Hookup culture is a culture where casual sex encounters function as part of the courtship process. In hookup culture, you don’t have to go on a date or enter a relationship to have sex. The order has essentially flipped around,” Kendrick said. “I feel like if sexual norms have changed that drastically, and they have, then the way sex is initiated on dates has probably changed as well. People who study dating, however, often focus on what hasn’t changed.”

Kendrick wrote the study with Nancy Jo Kepple, associate professor of social welfare. It was published in the journal Sexuality & Culture.

The authors analyzed data from the Online College Social Life Survey. Respondents described their most recent dates with someone they were not in an exclusive relationship with, including who initiated it, if the man or woman paid, if both paid, if no money was spent, who initiated sexual contact, what levels of sexual contact happened and other information. While traditional dating scripts hold that a man asks a woman on a date and is expected to pay, 88% of respondents agreed with the statement that it is OK for a woman to ask a man on a date. However, of the dates described in the study, 89.1% were initiated by men.

While that egalitarian attitude was widely shared, the small sample of women-initiated dates shows at least one tradition still holding influence, the authors said. However, in an “alternate dating script,” such as women initiating the date, sexual activity was found to be more common. Genital contact took place on 63% of female-initiated dates, compared to 56% of male-initiated dates. Of all dates with sexual activity, genital contact occurred on 56%, the findings showed, despite the social script that says otherwise.

“Among those dates following a male-initiated script, men paid and initiated most of the sexual activity on approximately 36% of dates,” the authors wrote. “In other words, more than 60% of dates violate the traditional script — defined as men asking, paying and initiating sexual activity — some way.”

That data, as well as findings showing that sexual outcomes are less likely but still present in traditional scripts, suggest that both sexual norms may be changing and that our understanding of those norms, dating, courtship and hookup culture is not as complete as commonly thought.

“We’re only scratching the surface of understanding courtship, dating and sexual behaviors. We haven’t been looking closely enough at sex in dating scripts,” Kendrick said. “It’s not all what people say it is. Scholarship on hookup culture has confirmed that dating is not completely out the window, and I think there are more questions to be asked about how sex is happening in dating.”

A second wave of the Online College Social Life Survey is ongoing now, and the authors note it could provide a window into many of the questions they’d like to continue to explore. They also point out that the data they analyzed for the current study only included information on heterosexual dates, and much more research could be done on sex and dating in LGBTQ relationships.

The current study came about when Kendrick took Kepple’s advanced quantitative research methods class. Students were required to bring in data to analyze, and the pair eventually conducted a one-on-one independent study in which they examined the data for the study. Kepple said Kendrick showed a talent for interdisciplinary research and asking questions that were not being asked in her field of study.

“She’s really trying to change the narrative and show that assumptions about dating scripts are not the same as reality,” Kepple said of Kendrick. “She’s asking very important questions like ‘How do these dating scripts show up differently for men and women?’ I think it’s fascinating how ideas and norms do have influence on people’s behaviors, but not necessarily for people who don’t internalize them. Let’s not apply 1950s standards to modern times.”