LAWRENCE — Working in schools as an occupational therapist and board-certified behavior analyst, Gretchen Scheibel would often see students, parents and educators at crisis points. Though youths receiving special education services would take part in interventions intended to help them reach their ideal educational outcomes, some students showed little to no progress, or they may have engaged in severe or dangerous behaviors. That sometimes led to students being removed from their neighborhood schools and parents taking legal action against school districts. Over a 15-year period, Scheibel worked in schools and with parents in seven states across the country, often seeing firsthand how special education interventions were tried with little thought to how much they cost in terms of money, time and student outcomes. 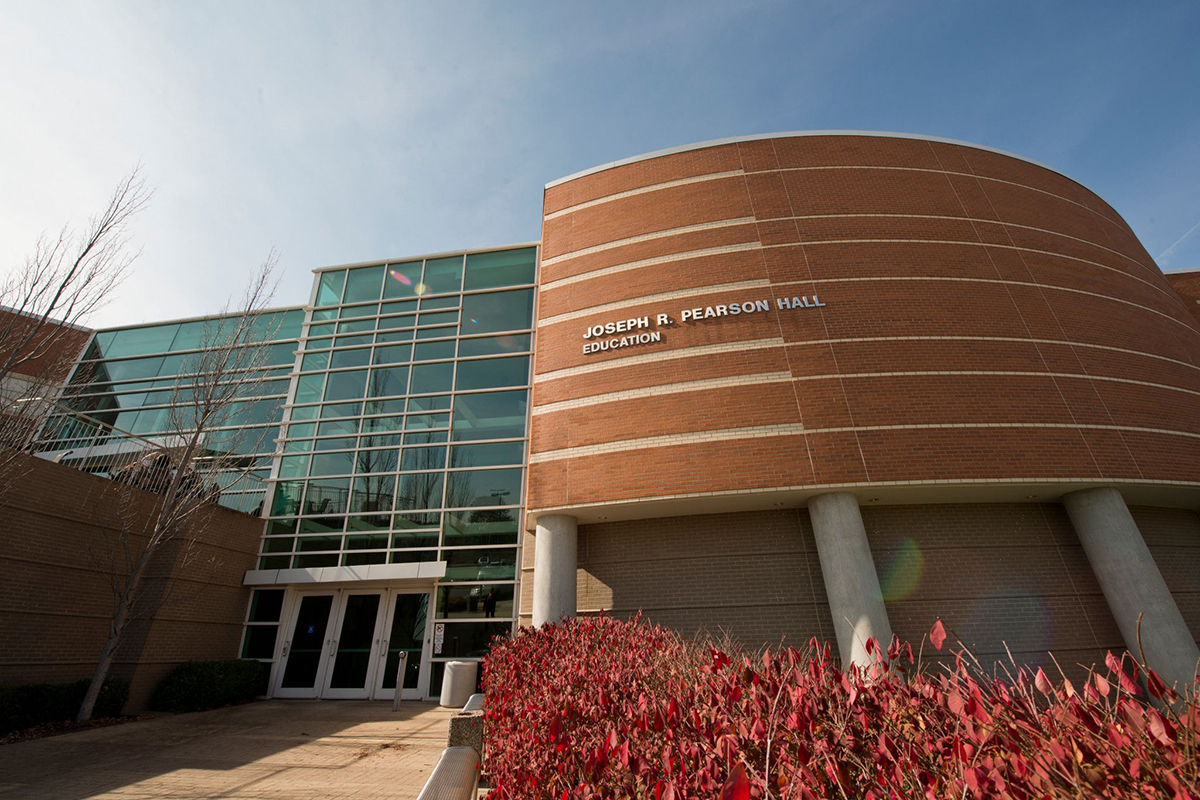 “I had an opportunity to see what was happening on the ground in a lot of different school districts. When kids are at a crisis point, it wasn’t one incident that led to them being sent out of a school or a classroom,” said Scheibel, now a doctoral candidate in special education at the University of Kansas. “It was a long history where they weren’t receiving interventions that could help them. I came to KU to get my Ph.D. to think about that more.”

The questions of how much special education interventions cost and whether they work led to a study co-written by Scheibel and published in the journal Exceptional Children that conducted an economic evaluation of two commonly used interventions for students with autism spectrum disorder. The results showed implementing interventions with emerging evidence or those shown to be ineffective or harmful can consume curriculum and professional development funds, as well as valuable teacher and student time, without a strong promise of positive outcomes.

Scheibel and co-authors Thomas Zane, director of KU’s online behavior analysis program, and Kathleen Zimmerman, assistant professor of special education, selected two interventions called DIRFloortime and Rapid Prompting Method, classified in research literature as emerging and limited in evidence, respectively. Scheibel said the goal of the study was not to advocate for or against any specific intervention but to conduct an economic evaluation on two that are popular, even if controversial, to provide a different way to think about interventions.

The researchers conducted a cost analysis of the two interventions, using an approach known as “the ingredients method.” They analyzed all the ingredients it would take to implement the interventions in a school, including the cost of teachers’ time, training and material costs, and the potential cost of compensatory services if a parent pursues legal action due to lack of appropriate intervention. They calculated the cost for DIRFloortime to be $9,976 for the first year and Rapid Prompting Methods’ first-year cost to be $32,159.

However, Scheibel cautioned against taking those estimates literally.

“When you’re talking about value and dollar costs in this sense, a school district doesn’t necessarily need to have $32,000 cash on hand to implement the intervention. It’s more of a way to view all the resources that will be used when the intervention is implemented on the same scale.”

The authors argue the more important factor is to give districts an idea of what an intervention will cost and what its potential benefits and harms to the student, school and family are before a decision is made on whether to adopt it. This information is also beneficial with interventions that are already commonly used in schools such as the two analyzed in the study. Furthermore, they said that such economic evaluations of special education interventions should be included in research studies. This information can be helpful in the initial research stages when researchers are determining whether an intervention works, what population it could benefit and also in the synthesis stage, when individual intervention studies are looked at collectively to determine if they are likely to be effective in schools.

“We are arguing that we should be including cost analysis in research, especially in the synthesis phase. That will allow the teachers and educators receiving the information to make a more contextualized, informed decision,” Scheibel said.