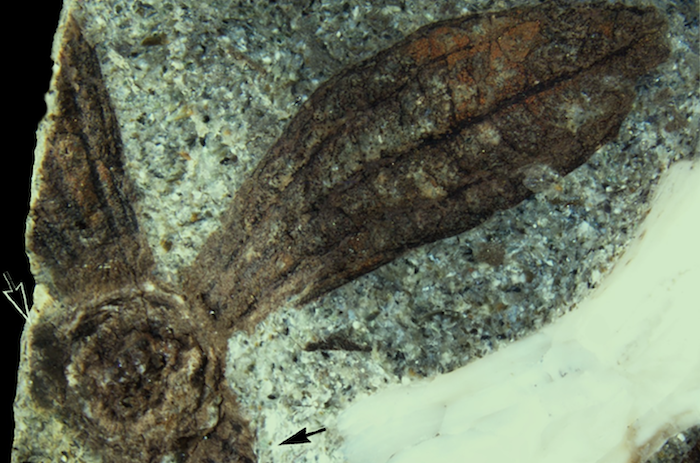 LAWRENCE — A new description of two well-preserved ancient fossil plant specimens in Washington state is prompting paleobotanists to rethink how plants might have been dispersed during the Late Cretaceous, between 66 million and 100 million years ago.

Research published in New Phytologist details two fossil winged fruits from the genus Ceratopetalum — previously believed to be limited in range to the Southern Hemisphere during the Cretaceous. Yet these new fossils were found on Sucia Island in Washington state. The surprising discovery is causing paleobotanists to reconsider how extended their range may have truly been and how it may have occurred. 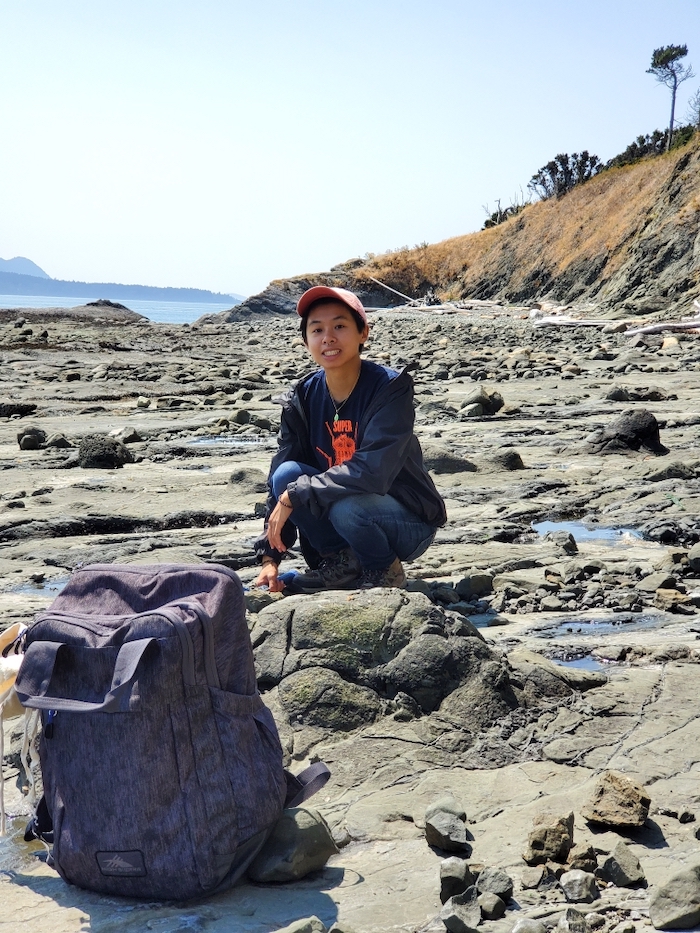 “In this paper, we were looking at two fossil fruits we had assigned to the genus Ceratopetalum, which is in the flowering-plant family Cunoniaceae,” said lead author Keana Tang, doctoral student in ecology & evolutionary biology at the University of Kansas and the KU Biodiversity Institute and Natural History Museum. “Both the family Cunoniaceae and the genus Ceratopetalum still have living members today. What's interesting is the genus Ceratopetalum is now only found in Australia. Well, the entire family is restricted to the Southern Hemisphere — so it's weird to find this fossil all the way up here in the Northern Hemisphere. We thought, ‘Whoa, how did this get here?’”

Tang and her collaborators dubbed the new fossil species Ceratopetalum suciensis after the island in Washington where they were discovered.

Today, modern versions of the genus Ceratopetalum prevail in the wet tropical rainforests of Australia, where they play a vital role to ecosystems.

“You’ll find forests that are just dominated by these species,” Tang said.

But she said the findings are made more significant because Ceratopetalum and the larger family Cunoniaceae are part of “Paleo-Antarctic Rainforest Lineages,” or PARLs — plants thought to have originated in the ancient Gondwanan landmass before spreading northward. So, a better understanding of how Ceratopetalum extended its range could better inform scientists how a key larger group of plants widened its range through geologic time.

“They have a joint history where they were likely around Antarctica and spread northward as time progressed and tectonic plates changed, causing the climate to change. As Antarctica is getting colder, these plants are moving up to South America, South Africa and Australia,” Tang said. “It's interesting because the Paleo-Antarctic Rainforest Lineages are all expected to have a southern origin. Now that we have this record of a fruit in the Northern Hemisphere, it's bringing up new questions. Was the family Cunoniaceae actually cosmopolitan — were they found everywhere? Or was this just kind of a lucky chance, where it somehow transported northwards through an exchange from the Antarctic to South America to North America?”

According to Tang’s KU adviser and co-author, Brian Atkinson, assistant professor of ecology & evolutionary biology and curator with the Biodiversity Institute’s Division of Paleobotany, the findings highlight new possibilities for a biotic exchange between North America and South America-Antarctica that may have occurred during the Late Cretaceous.

“In some ways this is like finding a penguin in North America,” he said.

The Ceratopetalum suciensis fossils were collected on Sucia Island by fossil hunters David Starr and Jim Goedert, then Micro-CT-scanned at the University of Michigan by co-author Selena Smith. Then, to classify them with the utmost accuracy, Tang analyzed them layer by layer using a painstaking process called the cellulose acetate peeling technique.

“I started peeling the rock,” she said. “Essentially what's happening is you take the rock face and there's a series of steps where you polish the face of the fossil and dip it into 5% hydrochloric acid for a couple of seconds. It's very safe — you can even dip your hands in the acid, and you will still have your fingertips. So, you dip it into the acid for a few seconds, and then you rinse the rock off with water. Then you rinse it with acetone, and you get this plastic sheet. That’s the cellulose acetate sheet. Next, you spray the fossil face with the acetone again and then lay the sheet down — and that entire process gives you a very, very thin section of the rock, a few micrometers. But it's nice because you can go through the entire fossil and pick up different structures hiding in the rock matrix you might miss in a Micro-CT scan.”

Through these processes, Tang was able to place the fossils in the genus Ceratopetalum and raise new questions about how plants spread millions of years ago. Additionally, the research suggests the Pacific Northwest, where Ceratopetalum suciensis was discovered, is a promising region for further work by paleobotanists.

“There's just so much to look into, especially in the Western coast of North America,” Tang said. “I understand there's just not a lot of people there doing that kind of work. It's relatively understudied. I think a lot of the paleobotanic world has been situated along the East Coast or the Western interior.”

The paper in New Phytologist represents Tang’s first authorship on a study in a peer-reviewed journal and her first time as a lead author. She grew up in the suburbs north of Los Angeles and came to KU after meeting Atkinson and learning about his work when she was an intern at the Natural History Museum of Los Angeles.

Once Tang earns her doctorate, her ambition is to continue making discoveries as a researcher.

“I would ideally like to work in a museum setting,” she said.

Washington State Parks Recreation Commission is the land manager of Sucia Island State Park, where the fossils were collected from. These resources are protected by the commission and connot be accessed without obtaining a scientific research permit through the commission.