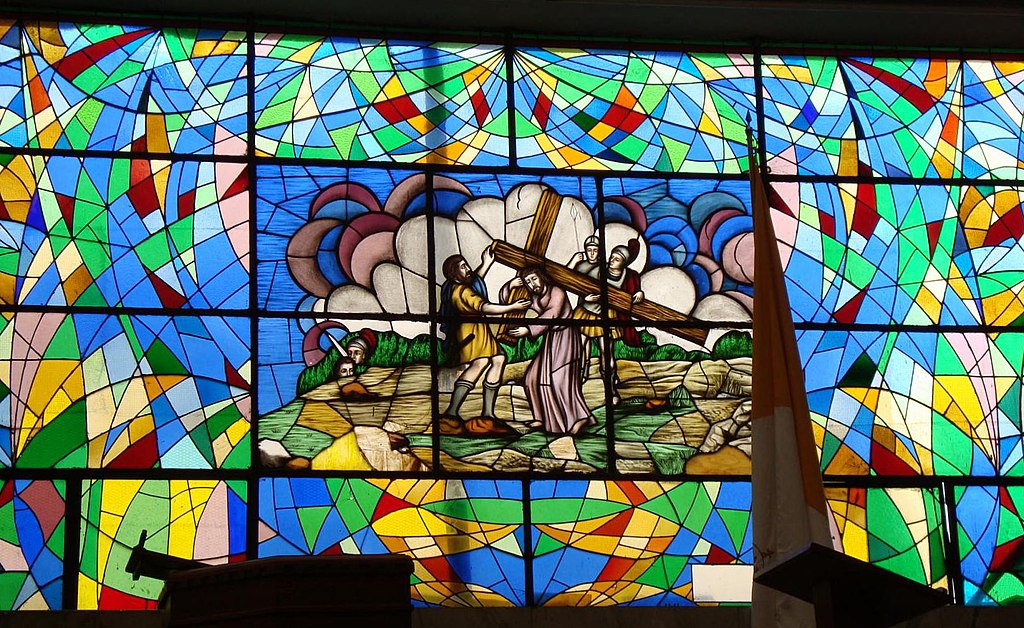 LAWRENCE — Nearly every Catholic church in the world displays paintings, windows, plaques or statues that depict the Stations of the Cross. But how exactly this pervasive (and surprisingly modern) devotion came to be is the subject of a new book. 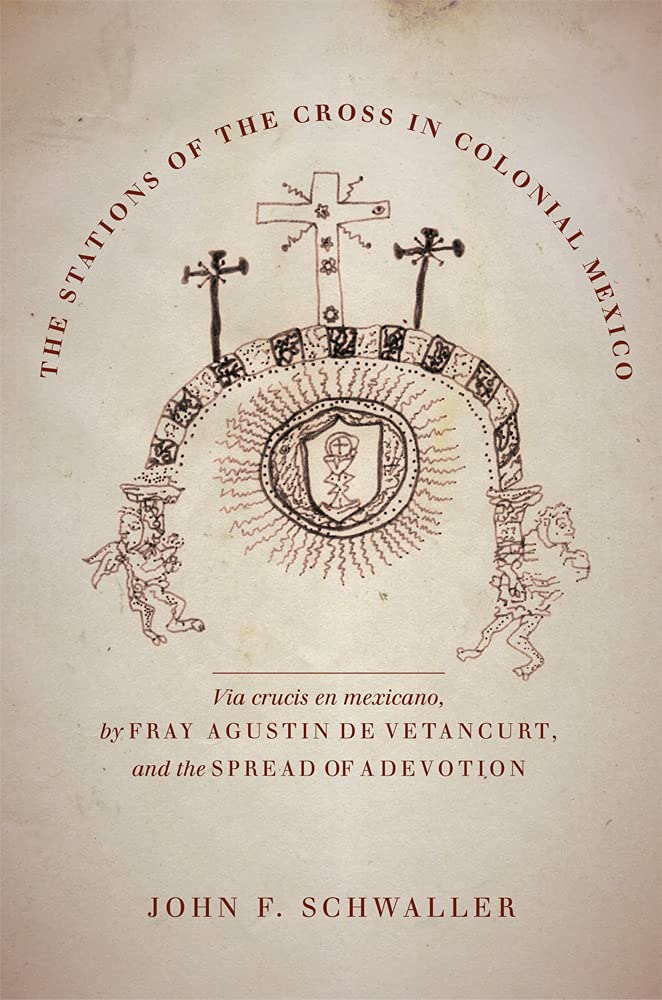 “The Stations of the Cross in Colonial Mexico: The Via crucis en mexicano by Fray Agustin de Vetancurt and the Spread of a Devotion” (University of Oklahoma Press) investigates the history and spread of this practice, which traces the plaintive path of Jesus Christ from condemnation to crucifixion.

“You’re striving to imitate Christ while moving from station to station,” said John Schwaller, research associate in Latin American studies and history at the University of Kansas. “You’re kneeling and bowing and doing all sorts of physical things. You aren’t just sitting in a pew quietly meditating.”

People typically think of liturgies, devotions and ceremonies in the Christian church — and in particular the Catholic Church — as dating back dozens of centuries to shortly after the life of Christ. But the Stations of the Cross are less than a few hundred years old. 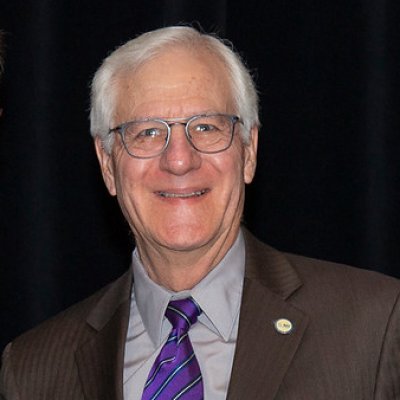 “It begins about the same time as the rosary,” Schwaller said.

“They’re both from what historians call the early modern period. There was a surge in what are called ‘popular devotions’ in the 15th and early 16th century. It was really a European phenomenon where people were interested in taking their spirituality to a new level. A lot of these popular devotions emerged in order to tap into this ‘new way of being a Christian.’”

The 14 Stations of the Cross, which start with Jesus’ condemnation to death and end with his being laid in the tomb, have steadily been co-opted by other denominations, including the Lutheran Church and Episcopal Church. The devotion is often exclusively practiced on Good Friday, but some celebrate it every Friday of the year.

In addition to detailing the history of the Stations of the Cross and how this got established in Mexico, Schwaller’s book explores the work of a Franciscan friar who proved crucial to the process. In the 17th century, Fray Agustin de Vetancurt penned “Via crucis en mexicano,” a devotional guide he adapted into Nahuatl (the Aztec language). Schwaller translated it into English as part of his own book.

As popular as Vetancurt’s work was in his day, only one such handwritten copy survives. But Schwaller found this was indicative of how few written documents remain that focus on the subject.

“Only five serious books attempt to write the history of the Stations of the Cross. I was absolutely astounded that for a devotion so ubiquitous, nobody had really studied where it came from. Most of these studies were from the beginning of the 20th century. When things are that old, you’re always a little skeptical about their accuracy,” he said.

Schwaller became drawn to the Stations of the Cross when first traveling to Mexico as a 5-year-old.

“We’d go down every year for Christmas vacation. I remember going into Catholic churches and seeing the Stations of the Cross displayed on walls. So it’s something that I’ve been aware of and familiar with my entire life,” said Schwaller, a native of Hays.

As a graduate student living in Mexico City, Schwaller recalled buying a vellum-covered book simply because he liked the cover art.

“I didn’t think anything about it until I was beginning work on this project years ago, and I realized the back half of that book was actually a Stations of the Cross,” he said.

Schwaller returned to Kansas to join KU’s faculty last summer after a lengthy career in academia that included serving as president of State University of New York at Potsdam. His research expertise centers on colonial Latin American history, specifically Mexico.

Ironically, even though he has dedicated his professional life to studying the Catholic Church, Schwaller is Episcopalian.

The professor hopes his book introduces readers to the “vibrant intellectual environment” in mid-colonial Mexico that encompassed both Spanish and Native peoples, and also intersected with what was going on in Europe.

“The whole popularity of Stations of the Cross was part of a cultural phenomenon in the European world of the Baroque, characterized by excessive piety, over-the-top decoration and bigger-than-life celebrations,” he said.

“The Stations of the Cross fit right into that culturally because not only are you praying a litany, you’re moving and looking at images. Those images can be statues, paintings or etchings, so the Stations in the Cross are always accompanied by a proliferation of artistic creation.”

Top photo: Jesus is given his cross (at station No. 2) in a Stations of the Cross at Our Lady of Guadalupe Queen of the Clergy Church, Venustiano Carranza, Mexico. Wikimedia Commons Photo.