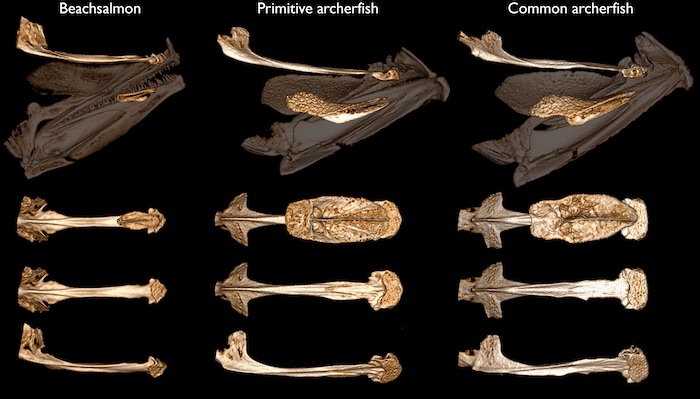 LAWRENCE — Archerfishes are the anti-aircraft gunners of the aquatic world. The fishes are famed for their amazing ability to shoot down land-based insects midflight with highly accurate streams of water they project from their mouths.

Yet, scientifically speaking, not enough really has been known about archerfish: What makes an archerfish? How many species are there? What other fishes are closely related? What fishes did they descend from? 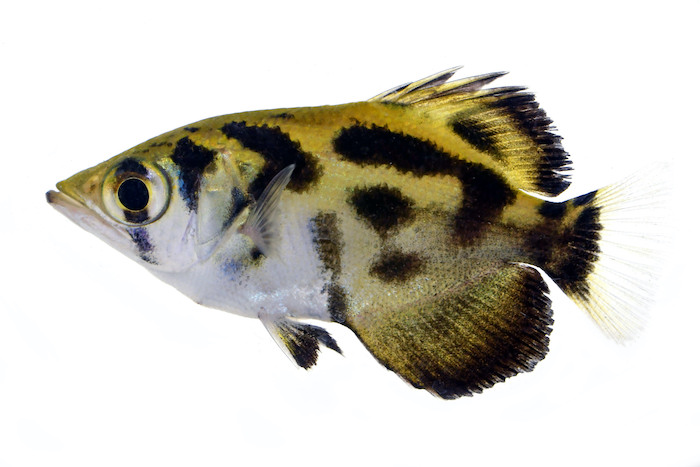 Now, a new paper appearing in the peer-reviewed journal Integrative Organismal Biology from researchers at the University of Kansas Biodiversity Institute and Natural History Museum is the most thorough examination ever produced of the evolutionary history and anatomical variation of archerfishes, which are also known by the scientific name Toxotidae. 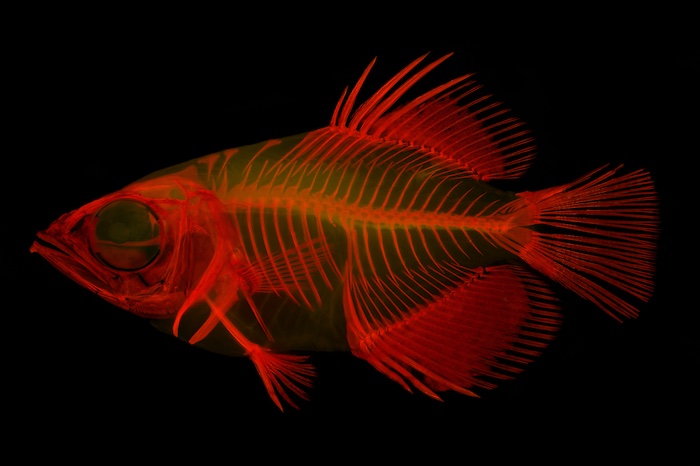 “Archerfishes are a small group of fishes that predominantly live in Southeast Asia and Australia and a lot of the regions in between,” said lead author Matthew Girard, a research affiliate with the KU Biodiversity Institute and Natural History Museum and a postdoctoral fellow in the Division of Fishes at the Smithsonian Institution’s National Museum of Natural History. “Sometimes people think of archerfishes as a famous group because they can spit water out of their mouths, and they are often studied just because they’re pretty smart animals — they have to calculate for refraction, and they’re able to hit things that are on the wing as they’re flying overhead.”

Despite archerfishes’ renown among ichthyologists and aquarium enthusiasts, until now not much scholarly work has been performed on them.

“That’s really where our study comes in,” Girard said. “We looked at how these fishes are related and asked, 'How did this amazing mechanism of allowing them to actually be able to spit come to evolve?' We had some ideas of what other kinds of fishes they were related to, but for the first time we’ve generated a hypothesis of how all these species of archerfish are related to each other. We didn’t even really know if all of them could shoot. The studies that have looked at how they’re shooting or how smart they are, they’re generally using archerfish that are found in the aquarium trade — but there’s some rare ones out there, too. So, we were not only answering questions about how they’re related and how this shooting mechanism evolved, but can all of them even shoot in the first place, or is there variation in there? We did find that they all can shoot; they all at least have the structures in their mouth to be able to shoot, but there are differences among them.”

For the first time, the paper establishes an authoritative family tree of archerfishes, allowing researchers to trace through genetics and morphology how the spitting specialization may have evolved over time.

“There are other fish that eat insects and some that will jump out of water, but I would say there’s nothing really like this,” said co-author Leo Smith, associate curator at KU’s Biodiversity Institute and Natural History Museum. “There’s a potentially apocryphal story, which is that back in the mid-1800s in India, archerfishes would shoot out the colonizers’ cigarettes, just like if there was like a lightning bug. They would shoot them out and drive people crazy and that’s how the Western Europeans discovered the thing that was already there, that everybody there already knew about — but there are  stories that they will spit out cigarettes.”

Girard sought tissue samples and specimens of archerfishes from institutions and natural history museums around the world — unheralded, often grueling work — and then analyzed their structures and genetics to better understand the group.

For instance, Girard, Smith and their co-authors found the oral structures of archerfishes support a blowpipe-mechanism hypothesis, but soft-tissue oral structures may also play a role in shooting.

“Just because other fish can move water, it’s not anything like this,” Smith said. “I equate it to, 'I could put a trumpet in my mouth, and I suppose I could make noise come out of it, but not like Miles Davis.' It’s like a fundamentally different thing, too, a really remarkable specialization for catching insects.”

Further, the research team determined archerfishes have a closely related “sister group” of fishes, called beach salmon — and found they, too, had “relevant shooting features in the oral cavity,” suggesting shooting water at prey could be what evolutionary biologists dub a co-opted or exapted trait.

“We think of adaptations like, for example, a sailfish that has this really beautiful sail on their dorsal fin — but a lot of fishes have dorsal fins and what they’ve done is kind of modify that dorsal fin to fit some other need,” Girard said. “If we look at the group that’s most closely related to archerfish, it’s already eating hard-body things. So, archerfish must have had all the structures that would allow that to happen, and all they had to do was kind of modify those to be able to shoot. So that’s what that co-option is — it’s really a nuance saying that the necessary parts were already there and all they did was modify a few things to allow this to happen.”