LAWRENCE — Organizations regularly need to implement change initiatives to stay current, update technology, improve efficiency, enter new markets or make other improvements. However, research has suggested that more than half of change initiatives attempted in the architecture, engineering and construction (AEC) industry fail. A new study from the University of Kansas has found that six change strategies are key to successful implementation and two of them are vital for highly successful, sustained change. 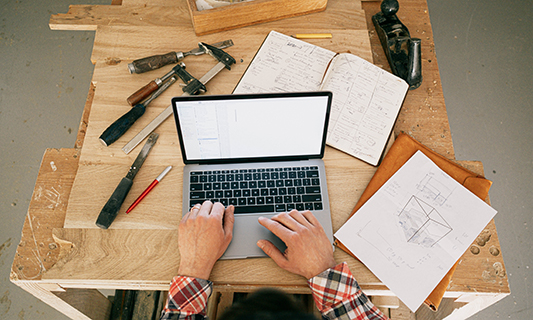 The study also found that the type of change is not as important to its success as key management strategies. In surveying AEC firms across North America about an attempted change initiative, researchers found that effective change agents and a realistic timeline for the change were the two most important factors for an initiative to be deemed very successful and to last.

In their survey, researchers asked 633 firms to describe a change initiative they had attempted to install. They then implemented a scale to determine if the effort was unsuccessful, somewhat successful or very successful. The scale evaluated if the initiative was successful by three key metrics: if it was implemented into operations, benefits achieved and long-term sustainability.

"We analyzed data from across the entire industry. With organizational change, it’s something that starts with management and reaches all levels,” said Omar Maali, a doctoral candidate in engineering at KU and the study’s lead author. “They are attempted to improve efficiency, have better outcomes or make some update to the work environment. The worst thing that could happen is you lose your investment, or people try the change and revert back to what they used to do. There are a lot of recommendations in the professional literature about how to implement change. We found six key organizational change management practices."

The six key practices authors identified, in order of importance to achieve successful implementation of change:

Maali co-wrote the study with Nancy Kepple, associate professor of social welfare, and Brian Lines, associate professor of civil, environmental & architectural engineering, all at KU. Their work, titled “Strategies to Achieve High Adoption of Organizational Change Initiatives within the AEC Industry,” was published in the Journal of Management in Engineering, part of a special issue on rethinking the benefits of adopting digital technologies in the AEC industry.

Effective change agents are defined as those working within a company who are affected by or need to accommodate a change. Maali used an example of someone required to use a new technology or software who adopts it before a deadline, advocates for its benefits with colleagues, answers questions they may have and demonstrates the value of making the change to their peers. That importance of establishing the value of change among equals instead of through mandates from management — coupled with a realistic timeframe for making the change — were the most vital practices, according to the analysis. However, the authors said management could not only focus on those two practices and realistically expect success.

“To avoid unsuccessful change efforts, you needed to use at least five organizational change management strategies to get a return on investment and make it successful,” Maali said. “To move to very successful, it was vital to have effective change agents and a realistic timeframe.”

The one strategy that didn’t prove critical to avoiding unsuccessful change was training resources, which the authors said was surprising, as previous research has suggested otherwise, especially in adopting digital technologies. And while adopting digital technologies has been a traditionally difficult change, it was not shown to be different than other types of change initiatives in that all six strategies were necessary to make it successful.

The value of the findings lies both in the large data set with information from firms across the architecture, engineering and construction industry in different regions attempting many types of changes with varying levels of success. Understanding which management strategies are most important can help firms successfully reach their goals when implementing necessary changes. Maali said future research will further explore what constitutes a realistic timeframe, and if it is not possible to achieve one, what other factors become most important. In the meantime, better understanding how to successfully implement change initiatives can help avoid unsuccessful or unsustained efforts, a major barrier in the industry.