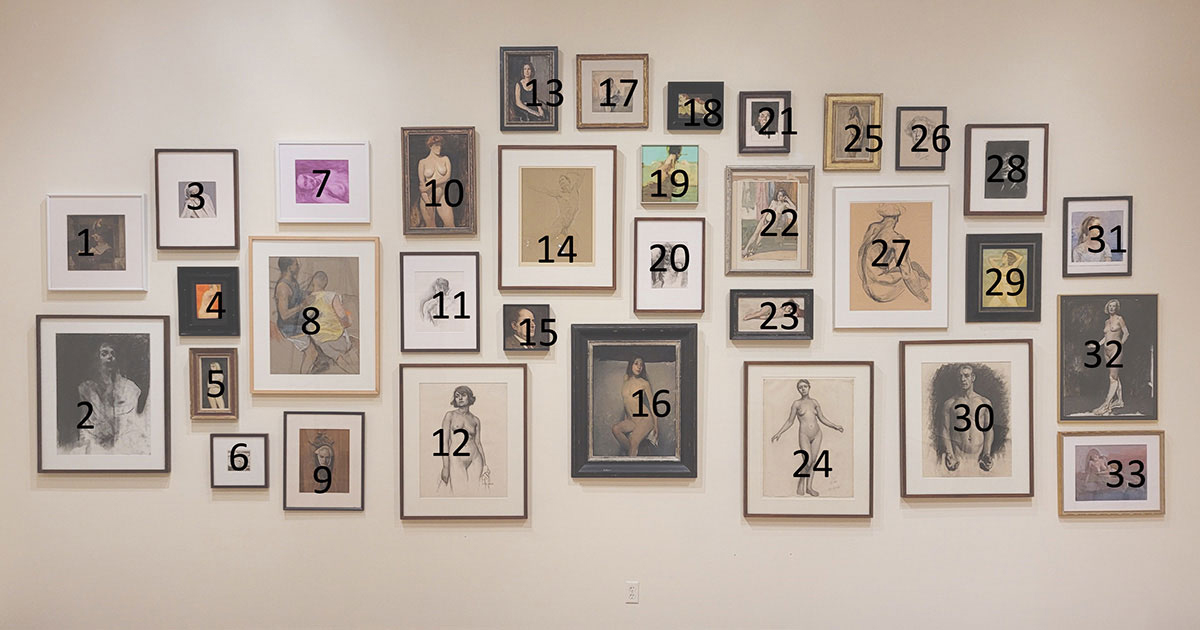 LAWRENCE — The question of an artist’s influences always seems relevant to critics, and in his new exhibition, “In the Academic Tradition: Connections Between the Artist’s Work and his Art Collection,” Stephen T. Johnson makes no bones about his. The artist's exhibition opens April 22 at the Albrecht-Kemper Museum of Art in St. Joseph, Missouri.

By placing a selection of his figurative work, which includes commissioned illustrations for national magazines and award-winning children’s books, next to works by 19th-century symbolist artists such as Eugène Carrière and Heinrich Kley or adjacent to a 17th-century portrait of King Charles II, Johnson asks questions about the lineage of art, about what constitutes quality and excellence, and why artists collect other artists’ work.

Johnson is currently a lecturer teaching illustration in the University of Kansas School of Architecture & Design.

Significant in this exhibition are drawings and paintings created by his father, Ted Johnson, KU professor emeritus of French and a 1992 HOPE Award recipient, and Stephen’s grandfather, J. Theodore Johnson (1902–1963), who was a Guggenheim Fellow. This talented family lineage was bound to produce results, and Johnson chose KU in 1982 to begin his studies in art, even though, at the time, his passion was playing rock guitar. He performed at Hashinger Hall’s Battle of the Bands that same year.

“With this exhibition, it is a wonderful opportunity to celebrate my father and grandfather and weave them into the continuum of academic thought and excellence to be found in drawing and painting, paired with my earlier work that I created here at KU in the mid-1980s,” Johnson said.

His current exhibition, which runs through June 12, includes 78 works in a variety of traditional mediums. They range from large oil paintings to intimate pen-and-ink drawings and from formal, 19th-century drawings to contemporary, expressive works. There are drawings and paintings by several well-known artists, too, including works by David Levine, best known for publishing more than 3,800 painstaking pen-and-ink caricatures in The New York Review of Books, 1963-2007.

“My dad had a print by Levine of Marcel Proust in bed, drinking a cup of tea, in his office at Wescoe Hall,” Johnson said. “After graduating from KU in 1987, I moved to Brooklyn Heights, and, to my surprise and delight, David Levine lived just around the corner from my apartment. So I got to know David a little bit here and there over the course of many years.”

There are at least six Levines in the exhibition.

Johnson acquired his art collection through typical means such as online sites, auction houses and artists' social media platforms, but also through trades with artist friends and cold-calling an artist to inquire about a particular work.

“People don’t realize,” Johnson said, “that sometimes the best way is to just call up your favorite artist and ask: 'May I come over and go through your flat files?’ Everybody’s got something they will part with.”

Johnson said the challenge of the current show has been to how to display a collection so disparate in terms of size, framing, matting and narrative in a coherent fashion. He said he hopes it reveals something about his aesthetic.

“Living with the work in your personal space is one thing,” he said. “Exhibiting it on museum walls is quite another, and it makes you look at the work anew, which I welcome, of course.

“When you are collecting art, you acquire what you like. It’s not about the monetary value. Rather, it’s the value of how the art speaks to you. It should elevate the soul, as any good work of art with depth should aim to do. With realistic art, I am drawn to how other artists interpret a nose, an ear, a knee, toes and so on, in a convincing and beautiful fashion. I’m in awe of so many talented artists that use their craft wisely, with precision or impetuosity, and how their observation of the human form can be so beautifully translated onto a blank canvas or paper.”

The Albrecht-Kemper show is part of a busy spring for Johnson. His glass mosaic mural that is a major artistic highlight of the new Dustin R. Womble Basketball Center at Texas Tech University will be installed in mid-May in Lubbock, Texas. He’ll also have a solo show at Lawrence’s Phoenix Gallery opening in late May. And in mid-June, a large outdoor sculpture will be installed at the Marshalltown, Iowa, Performing Arts Center. This fall, he plans another new, interactive children’s book.

Johnson joked that he hoped soon to catch his breath.

Image: What Stephen T. Johnson calls “the salon wall” in his exhibition at the Albrecht-Kemper Museum features his own works next to others, including pieces by David Levine, Otto Greiner and Burton Silverman.

Search options »
Subscribe to KU Today
KU in the news
The Washington Post — Tue, 02/07/2023
Will an Apple Watch or Fitbit make you lose weight? Don’t count on it
Business Insider — Sun, 02/05/2023
There’s a scientific reason you want to overindulge in foods like chips, ice cream and bacon
Listen to @johnfsymons , @KUCollege philosophy professor and director at @I2SResearchKU , discussing ChatGPT on this… https://t.co/jE67EKN3LB
«»
Follow us on Twitter »
Why KU
Apply »
One of 34 U.S. public institutions in the prestigious Association of American Universities
44 nationally ranked graduate programs.
—U.S. News & World Report
Top 50 nationwide for size of library collection.
—ALA
5th nationwide for service to veterans —"Best for Vets: Colleges," Military Times