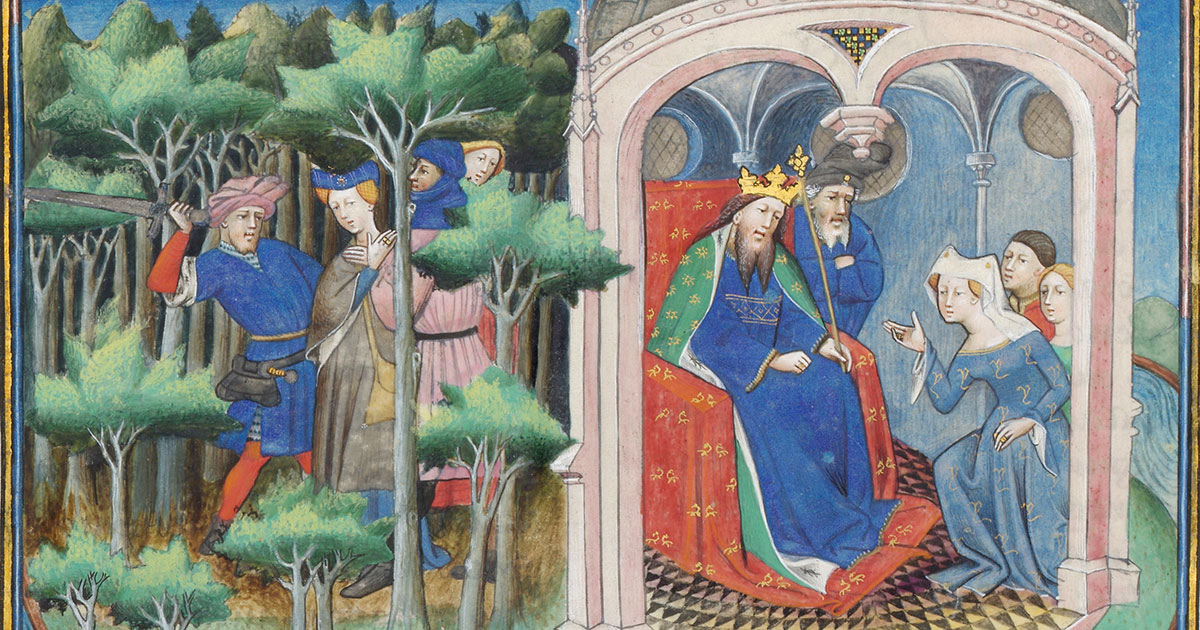 LAWRENCE – Befitting a work about 15th-century illuminated manuscripts, Anne Hedeman includes 183 color illustrations in her new book. The gorgeous art serves to illustrate the author’s groundbreaking scholarship, which details the power these images once had in propounding a humanistic – as opposed to strictly religious or royal — worldview. 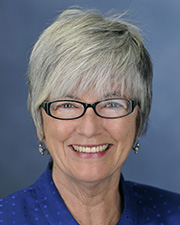 Hedeman’s book follows the outline of her 2013 Conway Lectures at Notre Dame, where she explored the idea of visual translation in both Latin and French texts. Conway Lecturers are senior scholars of international distinction presenting on medieval topics across a variety of disciplines. Hedeman’s academic focus has been on the way that art, literature, history, culture and politics influenced the production and reception of manuscripts and books in the Middle Ages.

Her new book is the result of 20-plus years of research on manuscripts housed in collections across Europe and the United States. Hedeman traveled from the Vatican to Paris and from Milan to Brussels, searching for painted, handwritten books that contained texts produced by two early 15th-century Parisian humanists, Laurent de Premierfait and Jean Lebègue. When these two men decided to collaborate with libraires (bookmakers or booksellers) to supervise production of an elite, illustrated subset of humanist manuscripts, they learned how powerful visual imagery could be in facilitating understanding of new texts.

In the days before the printing press, Hedeman said, the goal of humanists like Laurent and Lebègue was to strengthen their linguistic connection to the Latin rhetoricians of classical antiquity – Cicero, Terence and the like – in the service of the French nobility. Hedeman cited many of the surviving documents about books, including instructions for making them, exchanged among the dramatis personae of her story.

“Laurent and Lebègue realized that the people whose attention they wanted to attract were used to densely illuminated history books, romances and religious books,” Hedeman said. “They recognized they had to create a clear and understandable relationship between the images and the text to appeal to an audience that included men like the Duke of Berry, brother of the king, who is primarily remembered as a collector of important illuminated manuscripts.”

Additionally, Hedeman detailed how “the pictures not only illustrate their texts, but they are also translating the past into the present via costume. Artists do not paint Roman togas, but they use 15th-century dress. They carefully situate the images in a contemporary context. Sometimes the text is radically rewritten in translation. For example, Laurent adds a long speech about kingship to a tale in the 'Decameron.' Boccaccio wrote for the mercantile class in Florence, whereas Laurent de Premierfait translates Boccaccio for the nobility of the court of France, and the illustrations and textual additions and amplifications of his translation make French manuscripts of Boccaccio understandable to the nobility — and significantly longer.”

If Laurent and Lebègue’s patrons could afford illuminated manuscripts, there were compromises when the texts were reproduced without their supervision, Hedeman said. Whereas she cited some noblemen’s copies of Boccaccio’s "Decameron" that contain more than 100 illustrations, many later copies had just 10 illustrations – one for every 10 stories. Parisian libraires adapted books for an expanded clientele, who sometimes wanted the densest visual cycles, and other times as little as a single image. In the book’s last section, then, Hedeman explored a fundamental question pertaining to such revisions: “What gets sacrificed or is no longer necessary?”

The answers Hedeman discovered and analyzed in the book offer insight into aspects of humanist thought and of translation that were specific to the early 15th century and other aspects that are timeless.

In her acknowledgments, Hedeman thanked entities including the John Simon Guggenheim Me­morial Foundation, the J. Paul Getty Museum and KU Endowment for supporting her work.