All five professors are decorated KU faculty members and have been researchers in their respective fields for multiple decades. Their new appointments are effective at the start of the fall 2022 semester.

“These outstanding faculty members are some of the best minds at KU and across the globe,” said Barbara A. Bichelmeyer, provost and executive vice chancellor. “Each new distinguished professor has a demonstrated record of excellence in discovery and education that has profound impact in lifting up individuals and advancing society. They have all stretched the boundaries of their fields and contributed meaningfully to our understandings of the world around us.” 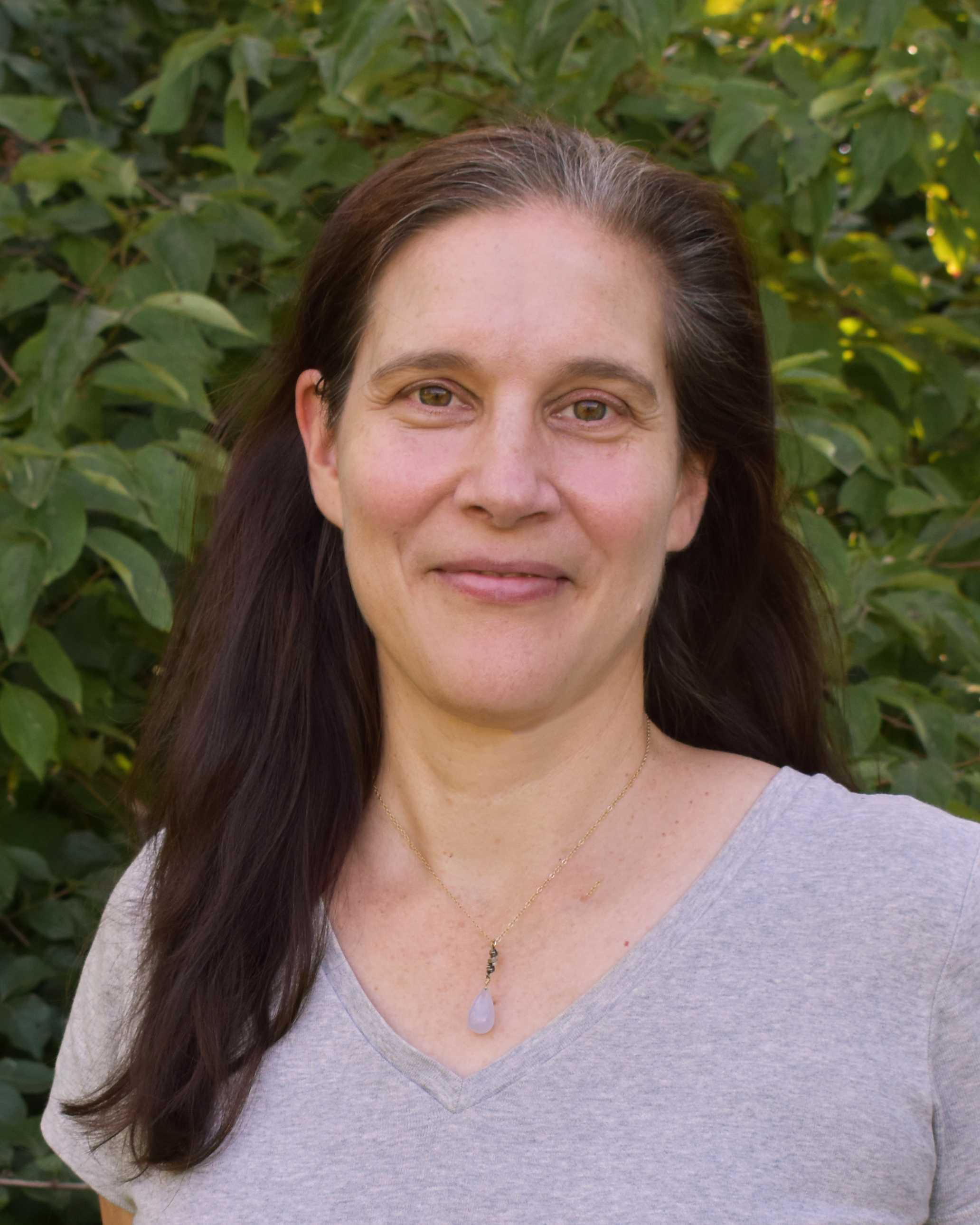 Billings is known nationally and internationally for working across disciplines to understand how whole systems – terrestrial ecosystems in a diversity of biomes – function and respond to environmental change.

“This appointment speaks to our community of supportive and engaging colleagues here at KU and in environmental sciences at many other institutions,” Billings said. “I feel a tremendous sense of gratitude for the generosity of spirit demonstrated by so many of my colleagues, particularly because ecosystem science is, at its heart, an interdisciplinary endeavor. It is gratifying to learn through this appointment that our lab's contributions are adding to the dynamic, scientific conversations about ecosystem processes.”

Billings connects with biologists, ecologists, geologists and physical geographers, using the vocabularies of each of these disciplines in ways that help translate from each category of science to the others.

Billings’ work is demonstrating that, through land-use change and climate change, humans are altering the geographic distribution of the rooting depth and the productivity of ecosystems on a global scale and how such changes can ultimately modify the thickness of Earth's living skin, the soil.

In this way, Billings' work has been key in integrating the knowledge of disciplinarians from diverse academic realms to improve the accuracy of model projections of Earth's climate in the 21st century and beyond.

Billings, who arrived at KU in 2003 as an assistant professor and assistant scientist, has served on several universitywide leadership committees as well as committees within the Department of Ecology & Evolutionary Biology. She was awarded KU’s Olin Petefish Award in 2021, named a fellow of the American Association for the Advancement of Science (AAAS) in 2022 and awarded the Byron A. Alexander Outstanding Graduate Mentor Award in 2022.

She earned a bachelor of arts in political science from the University of New Hampshire and a master's and doctorate in ecosystem ecology from Duke University. 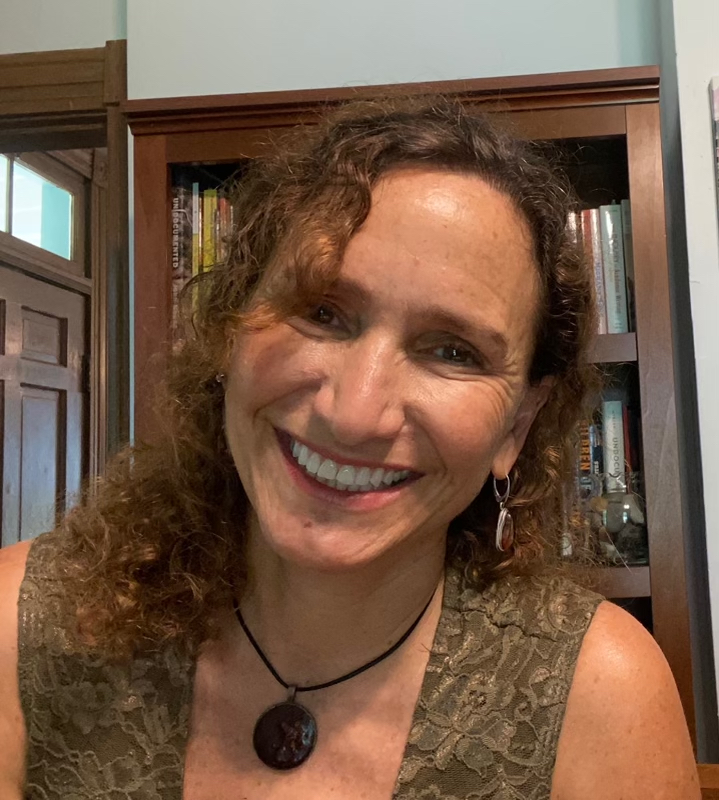 Caminero-Santangelo is an award-winning teacher who has published three monographs to date, a signature scholarly achievement in the humanities.

“This recognition is more than I could have imagined,” Caminero-Santangelo said, “and underscores how much KU has become my home over the last two-and-a-half decades of close collaboration with colleagues and teaching fantastic students. I am grateful to have a supportive department that nourished my work. I hope to give that support back to younger colleagues and rising students.”

Caminero-Santangelo came to KU in 1997 as an assistant professor and was promoted to full professor in 2009. She has also served as chair of the Department of English, a role she resumes again this fall, and as director of the Center for Latin American & Caribbean Studies. Her research excellence was acknowledged with the English department’s awarding of the competitive three-year Frances Stiefel Professorship in 2015.

A trio of books written by Caminero-Santangelo engage with the impacts of metaphor and story on women’s voices and lived experiences; the formation of Latino/a/x identity; narratives of undocumented immigration told by Latinx authors who are U.S. citizens as well as undocumented people themselves, as they enter the public sphere and contest the stories told in mainstream media.

In 2006, Caminero-Santangelo led a cohort of interdisciplinary faculty at KU in founding a Latina/o/x studies minor and subsequently took on the role of minor coordinator. She recently led KU’s first study abroad trip to Cuba in Humanities. 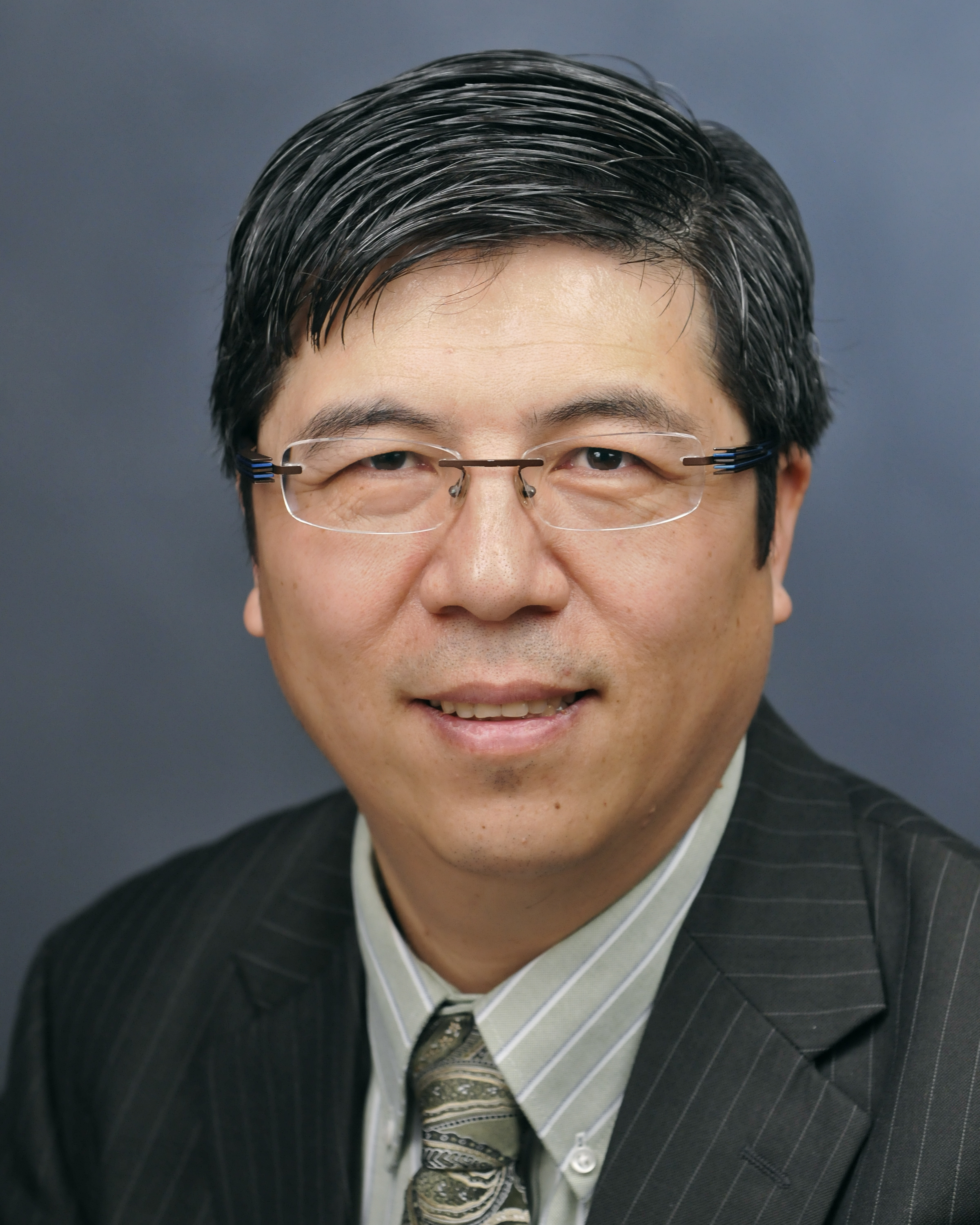 Han has transformed the area of geotechnical engineering since joining KU in 2004, establishing KU as one of the top programs in the country for this specialization.

“I am extremely honored to receive this recognition,” Han said. “It was only possible because of all the excellent work and strong support from my students, colleagues and collaborators. This honor will help me better represent KU at the international stage and make more a positive impact in the professional fields and the society.”

Han came to KU as an associate professor, received tenure in 2008, a promotion to professor in 2010, and was named the Glenn L. Parker Professor of Geotechnical Engineering in 2017. He has received the Bellows Scholar and Miller Scholar Awards four times each in the School of Engineering. His service was recognized with the Miller Professional Development Award for Distinguished Service to the Engineering Profession at KU in 2007 and the Henty E. Gould Award for Distinguished Service in Academic Advising at KU in 2019.

His scholarly work is widely respected, as evidenced by Han’s receipt of the International Geosynthetics Society (IGS) award and his election to the grade of fellow in the American Society of Civil Engineers (ASCE), a distinction held by less than 3% of the society’s membership. He received the ASCE Martin S. Kapp Foundation Engineering Award largely due to his dynamic leadership in geotechnical engineering.

Han’s wide range of research includes the design of geosynthetics for reinforcing/stabilizing soils for roads, slopes, embankments, walls and bridge abutments, the theories for improving ground with stone columns and deep mixed columns, the load capacities of bridge pile foundations under river washout conditions, the rehabilitation of corroded/damaged buried pipes with steel-reinforced high-density polyethylene pipes and sliplining, and the use of recycled materials for sustainable roadway construction.

Han earned his bachelor’s and master’s degrees in geotechnical engineering from Tongji University in China. He earned a certificate in composites engineering and a master's and doctorate in civil engineering from the Georgia Institute of Technology. 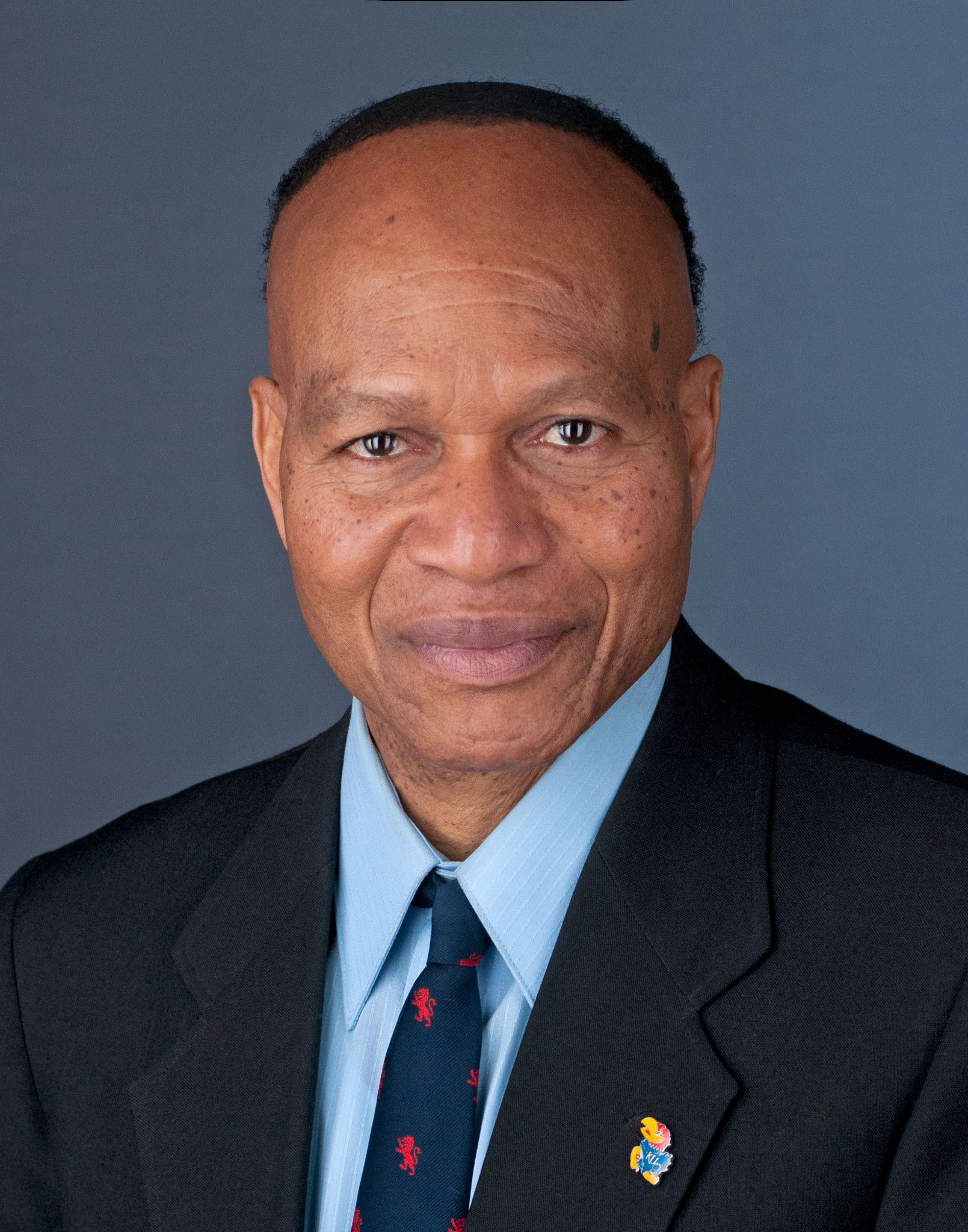 A distinguished professorship has never been given to a professor in African & African American Studies (AAAS) in its 50-plus years at KU. Ukpokodu is now the first to receive that honor.

“This is an encouragement to continue expanding the frontiers of knowledge, a recognition of the past that imbues the present with energy to bring forth a robust intellectual and creative future in Jayhawks Rising and Jayhawk Global,” Ukpokodu said. “I see my appointment as an honor to the faculty in my department. The appointment makes my gratitude to my heritage and KU ineffable.”

Ukpokodu came to KU in 1990 as a courtesy assistant professor in the Department of Theatre & Film and climbed the ranks to professor in AAAS in 2003. During his tenure as department chair for AAAS, which spanned multiple decades, the department created the Kansas African Studies Resource Center (now known as the Kansas African Studies Center), the African American Resource Center (now the Langston Hughes Center) and the Institute of Haitian Studies.

The development of Arabic courses at KU can be credited to Ukpokodu, leading to the creation of new bachelor of arts and bachelor of general studies degrees in Arabic and Islamic studies. He has been awarded the Excellence in Teaching (1998) and W.T. Kemper Fellowship for Teaching Excellence (2002) awards at KU.

Ukpokodu is a nationally and internationally recognized sociopolitical dramatist and poet whose work often addresses the social, political and spiritual aspects of people’s lives.

Throughout his career, Ukpokodu has published three books, co-edited two books and wrote nine plays. His publications are known for their innovation, interdisciplinary complex methodological approaches, in-depth analysis and overall contribution to the fields of theater, performance, literature, African studies, the history of education and Black studies.

Ukpokodu received his diploma with distinctions, bachelor of arts and master’s degrees from the University of Ibadan in Nigeria, and his doctorate in theatre from KU. 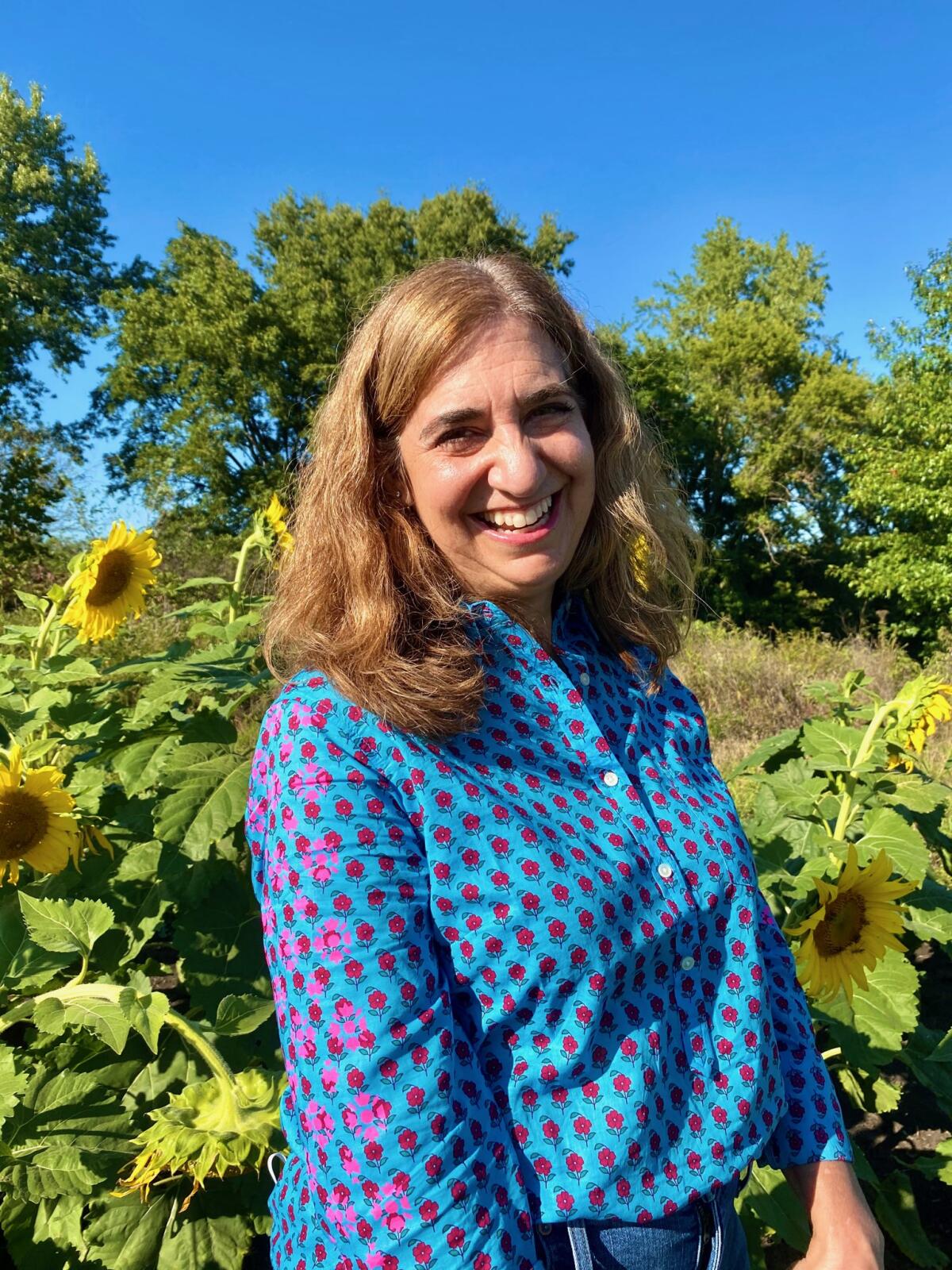 Wolf-Wendel was instrumental in establishing work-family balance as a legitimate area of research. Her scholarship has been at the forefront of understanding the impact of dramatic structural shifts in the professoriate on faculty work, primarily for women. She is an award-winning professor, highlighted by receiving the School of Education Faculty Research Achievement Award in 2004.

“I am honored and humbled to have earned the title of distinguished professor at KU,” Wolf-Wendel said. “I got into this career to make higher education a better place. I have been able to do that through my teaching, service, scholarship and the integration of these domains with a happy life. I am eternally grateful for all the people who inspire me to be the best version of myself.”

Wolf-Wendel’s research focuses on faculty issues, including studies of the academic labor market, particularly mobility of international faculty, factors affecting women faculty members, faculty from historically underrepresented groups and faculty at midcareer as well as several recent research projects on the policy response of academic institutions in the wake of demands for dual-career couple accommodations and work-life balance.

At KU, Wolf-Wendel has served as faculty development fellow, graduate study fellow, senior administrative fellow and Faculty Senate president. Her tenure began as an assistant professor in 1995, and in addition to her professor appointment, she holds a 50% appointment as the associate dean for research and graduate studies in the School of Education & Human Sciences.