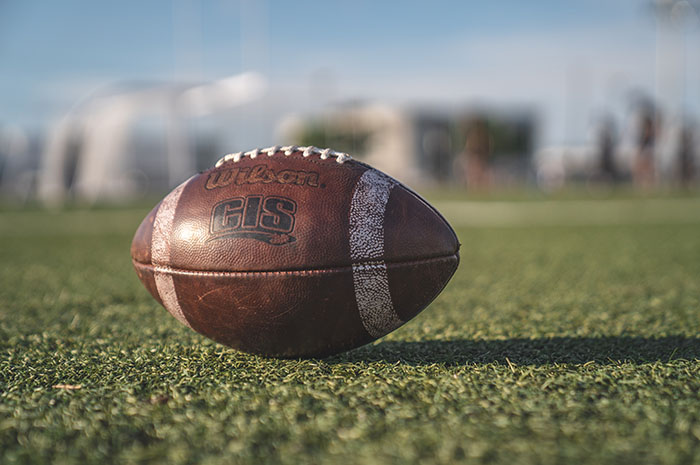 LAWRENCE — Fostering a sense of civic engagement is one of the primary purposes of social studies education. But in an educational system that focuses on Black students and teachers through a deficit lens, that can be a very real challenge to overcome. A new study from a faculty member at the University of Kansas found the experiences of five Black male teacher-coaches in predominantly white private schools can illustrate civic-focused and liberatory approaches to education. 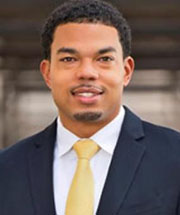 Daniel Thomas III, assistant professor of curriculum & teaching at KU, was a secondary social studies teacher, nonprofit coordinator and athletic coach before entering higher education. He was in regular contact with other Black male teacher-coaches at schools throughout the Washington-Baltimore metropolitan area. Their intellectual thought in the classroom and civic engagement within the community stayed with him when he began his research career, he said.

His current study, published in the journal Theory & Research in Social Education and covered in the journal’s “Visions of Education” podcast, found that Black male teacher-coaches often engage in unique, civic-oriented practices in their teaching and coaching that counter historical anti-Black narratives in education and society.

“A lot of my work pushes back on the broader historical context of anti-Blackness and on the contemporary narratives of Black male teachers,” Thomas said. “Black male teachers have essentially been enclosed within a problem narrative. This stereotypical oversimplification constructs Black male teachers as a population whose only value is in their potential to serve as disciplinarians for boys labeled as ‘problems.’ My research seeks to redress this narrative by illuminating the range of intellectual, pedagogical and ideological discourses amongst Black men.”

“The teacher-coach tradition established by Carter G. Woodson and Edwin B. Henderson at the M Street School in Washington, D.C., was to resist anti-Blackness through intellectual thought and athletics while creating a space of civic engagement as full citizens,” Thomas said. “Like the field of social studies, this is a Black origin story of resistance to sub-personhood that is often ignored for the herofication of a progressive American story that centers white ‘founders’ like James Naismith.”

Thomas conducted in-depth interviews with five Black male teacher-coaches working at predominantly white private high schools throughout the United States. In sharing their experiences, the educators illustrated how they take unique approaches to educating students, coaching them as athletes and fostering a sense of critical civic engagement, all while navigating a society and educational system that is antagonistic toward a liberated Black existence. While each educator recounted experiences of resisting anti-Black projection for both students and themselves, they also exhibited sport-based activities informed by critical civic ideologies, social activism, community engagement, collective fellowship and caring as part of their educational and coaching approaches.

Thomas presented a conceptual framework drawing on Africana philosophy to illuminate the presence of anti-Blackness within schools and interscholastic leagues as well as how Black male teacher-coaches resist anti-Black aggression. From 15th century pseudoscientific racial knowledge produced in Europe, which framed Blackness as a problem, to more recent theories such as the Black imago — in which Black bodies are reduced to anxiety-inducing objects, with examples such as Trayvon Martin or Ahmaud Arbery — to resisting such narratives through philosophies of existence such as freedom, anguish, agency, sociality and liberation, Thomas both contextualized the current social and educational landscapes and how Black male teacher-coaches deftly operate with agency and resistance within it.

All of the study’s participants recounted experiences of anti-Blackness in athletics, from hearing racial slurs to having police called to their team hotel because their athletes were allegedly too loud while playing video games in their room.

Participants recounted how their experiences in the Black church led them to approach coaching as a ministry, in which they put the needs of others before their own and encouraged their student-athletes to do the same. Via a theme of social activism, the participants shared how they try to teach their student-athletes that they can be more than someone who plays a sport, and though they may be viewed as athletes first, they can move beyond that expectation.

The teacher-coaches also shared how they encourage their students and players to be engaged within their communities, not just as athletes who represent a school, but by being civically engaged. From hosting camps to welcome new students, to speaking at outside camps and engaging teams in service projects, the participants illustrated how they tie sports to social education. Further, they often hosted collective fellowship events that move beyond sports, requiring student-athletes to confront the range of their divergent lived realities.

Finally, the coaches illustrated the importance of caring. While they pointed out that they try to stress to their players that they care about them, they also should care for each other and those around them. One participant shared how caring for students came back and helped him through a difficult experience.

“Before I dismiss the guys, I always end by saying, ‘Take care of yourself, take care of each other,’” the study participant said. “In 2006, I had two white players die. One was battling mental health issues and was shot to death by police in front of his home on Mother’s Day. The other young man drowned during a Fourth of July weekend celebration at a park with teammates and his family. There is not a day that goes by that I do not think about those boys. I ask myself, ‘What could I have done or said differently to either one of them that would have changed those outcomes?’ When you hear me say, ‘Take care of yourself, take care of each other,’ it is because twice, I dismissed guys from workouts for the weekend and everyone did not come back.”

The experiences of the Black male teacher-coaches in the study illustrate how Black male educators deftly enact their occupation with critical, antiracist purposes while consumed within racially hostile circumstances. But beyond that, Thomas said, they show how educators can push back against anti-Blackness and move social studies education beyond the traditional classroom to foster stronger civic-minded connections and education for all students. In future work, Thomas said he hopes to continue exploring the range of intellectual thought and critical civic practices amongst Black male educators, and to push back against the myth of coaches as substandard educators.

“These teacher-coaches are doing something much larger than just coaching football,” Thomas said. “They are creating a multicultural, anti-racist society, and they are using critical, counter-hegemonic practices within classrooms and athletic spaces to help students reimagine a better world.”