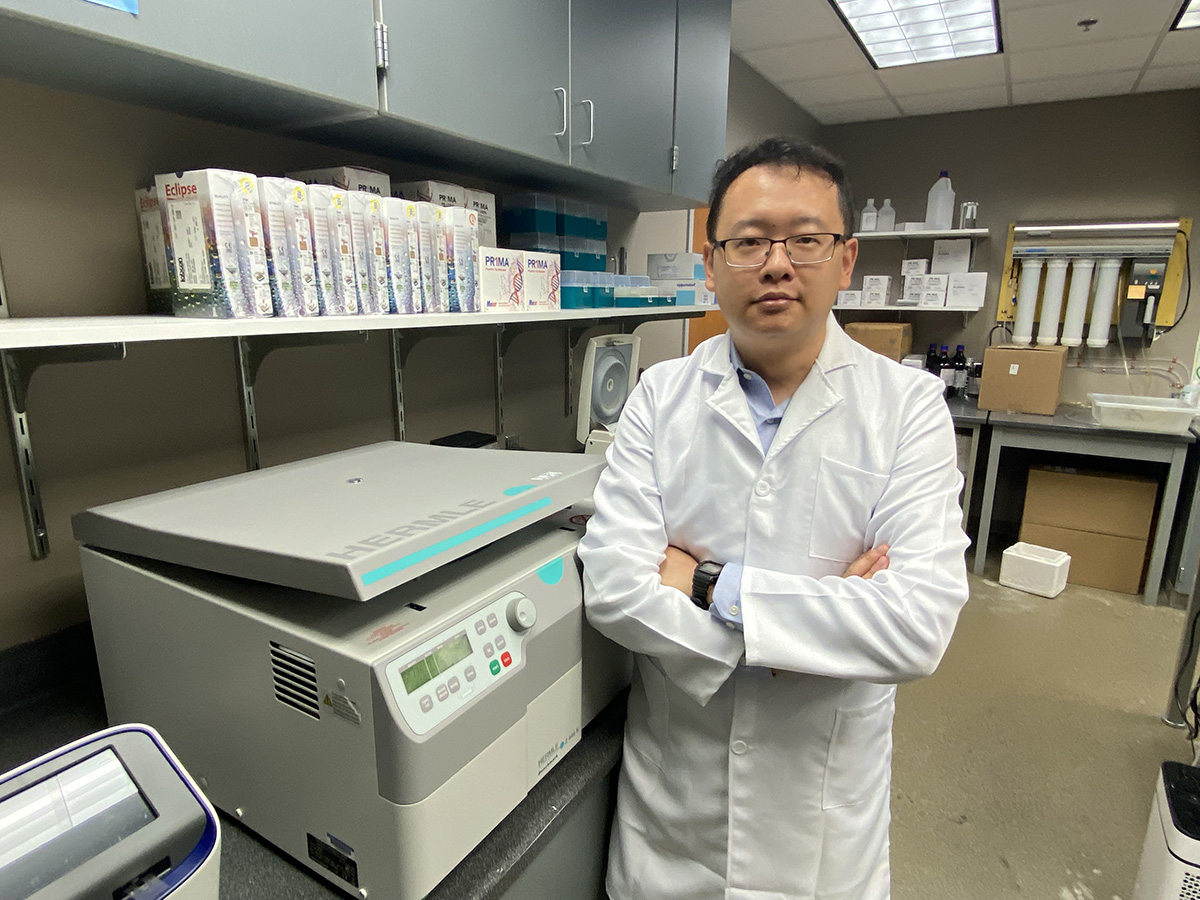 LAWRENCE — The W.M. Keck Foundation has awarded a $1.2 million grant to medicinal chemistry and computational biology researchers at the University of Kansas and the University of Chicago focused on addressing a long-unresolved problem in biomedical research — finding molecules able to target the “undruggable proteome.”

Jingxin Wang, assistant professor of medicinal chemistry at KU, applied for and received the Keck funding jointly with Yang Li, assistant professor of medicine and human genetics at the University of Chicago. Using RNA splicing modulators (a type of molecule) coupled with deep learning models (a subfield of artificial intelligence), their research holds promise to be a game-changer in drug discovery and disease research. The pair of researchers and their lab colleagues are working to identify human gene sequences that will respond to drug therapies through RNA splicing. It could open the door to successful new disease therapies and cures. 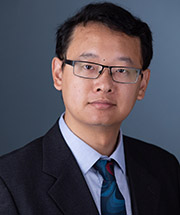 “Approximately 70% of the proteome (the entire set of proteins in certain human tissues) cannot be targeted by a drug,” Wang said. “This is alarming because we sometimes know how disease happens, but we don't have any method to treat the disease. This is basically the undruggable proteome problem in medicinal chemistry.”

Wang’s and Li’s research seeks to address the undruggable problem. Recently, several RNA splicing modulators have been approved by the Food and Drug Administration for the life-saving treatment of previously untreatable spinal muscular atrophy and Duchenne muscular dystrophy.

“If we can precisely map where we can target RNA splicing, then researchers can focus on those genes and RNA sequences for drug development,” Wang said. “After systematic investigation, we will have a comprehensive map of splicing regulatory sequences for the whole human genome, and this will be a very valuable resource, not only for us but for the entire research community.”

The biochemical process in human cell development and replication is a complex system at the molecular level. Genes are encoded in DNA, which passes on the genetic information to RNA in a process called transcription. Then, RNA translates the encoded genetic information to protein in cells. The proteins usually act as final “executors” that perform or regulate most cell functions.

Wang’s lab is focusing on RNA splicing, an essential biological process in humans that happens before the final RNA is delivered to the protein. The processes of transcription, splicing and translation work together to dictate the amount and composition of proteins, which are drastically different among different tissues or cell states of health, development, disease and defense.

Wang’s lab at KU has an ambitious plan to focus on a subset of 100 genes to systematically identify the splicing regulatory sequence using chemical probes. To develop a map of druggable genes, Wang and Li propose taking the data from those experiments to train a deep learning model. Li’s lab at the University of Chicago will use machine learning to analyze and predict which of the 20,000 human genes are likely to respond to drugs that target RNA splicing.

“It’s quite a challenge to sift through that much data to identify which genes could be good targets,” Li said. “We are fortunate for this opportunity to collaborate with our partners to develop new computational approaches to study how targeting RNA splicing can overcome the ‘undruggable proteome’ problem.”

Wang said the Keck Foundation's support is crucial to building a new platform of precision medicine in the treatment of disease.

“Without this Keck grant, we can't gather or obtain those data,” Wang said, noting it would be necessary for agencies like the NIH in order to fund additional research. “I'm so grateful that the Keck Foundation views research in a different way so that important projects like this are funded and get going. If successful, this will be one of the most advanced technologies in the field of RNA splicing.”

KU Endowment serves as a liaison with the Keck Foundation and was instrumental in supporting the pre-proposal and proposal development. University of Chicago Corporate and Foundation Relations also assisted in the grant proposal and presentation preparations.

About the W. M. Keck Foundation