LAWRENCE — The 2022 Rocket Grants have awarded a total of $60,000 for 10 artist projects in the Lawrence and Kansas City area. Collectively these projects will uplift narratives of the LGBTQ+ community, trans women of color, Black histories and Indigenous voices, including a public mural by Lawrence-based artist Mona Cliff. 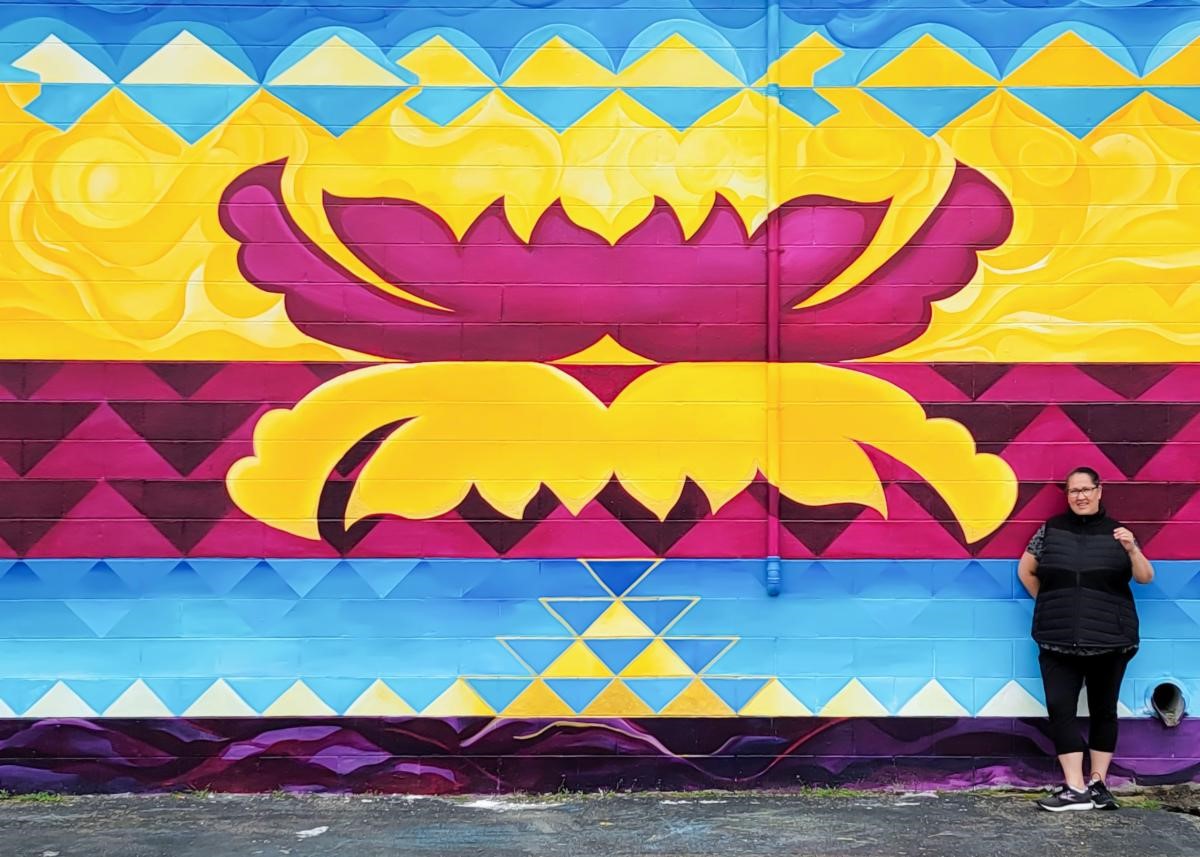 Rocket Grants, a partnership of Charlotte Street Foundation and the Spencer Museum of Art, support innovative, artist-driven projects outside of established arts venues through funding from the Andy Warhol Foundation for the Visual Arts. In 2020 and 2021, Rocket Grants shifted to Rocket Relief, providing emergency grants of $1,000 to artists in need during the COVID-19 pandemic. The 2022 award cycle marks a return to the program’s original intent.

This year’s awardees were selected from a competitive pool of 65 applications and will each receive $6,000. Recipients were selected by a panel of regional jurors — Brandon Alvendia, artist, curator and educator based in Chicago; Matthew Willie Garcia, artist and studio manager at the Lawrence Arts Center; Nneoma Ilogu, curator-in-residence at the Bemis Center, Omaha, Nebraska; and Cory Imig, artist and arts administrator based in Kansas City, Missouri.

A public awards ceremony for this year’s recipients will take place Sept. 15 at Charlotte Street Foundation in Kansas City. For more information about Rocket Grants and this year’s award recipients, visit www.rocketgrants.org.

This continuation of Cliff’s “Natives NOW” project will bring visibility to the Native community in Lawrence with a public mural located near Haskell Indian Nations University.

This collection of murals located in the East Side of Kansas City will depict “crusaders” who grew up in this area dressed as superheroes helping their community.

This multimedia installation invites the public to reflect on memories surrounding an explosion in 1988 that resulted in the death of six Kansas City firefighters and the conviction of five people for setting the fire that caused the explosion. Project member Bryan Sheppard, who was one of the five convicted, was released from prison in 2017. He, along with the other four defendants, have maintained their innocence.

This series offers a fresh take on typical open mic nights, including poetry, musicians, comedians and visual artists. Events occur in outdoor, urban settings and invite stories from artists of all ages.

This documentary will explore the unique legacy of Black gospel music in Kansas City. Through previously unshared stories, photos and music, the film celebrates the heritage of Kansas City’s Black musicians, their impact on gospel music and their contributions on a national level.

“Only the Wounds and Weapons Have Changed” / Scott Myers, Jacqueline Gafford, Frances Farah

This original play about Black history features lesser-known figures who played key roles in the struggle for liberation. Significant scenes from the play will be staged at spaces in four Kansas City public libraries.

“Core.” is an artist-run, noncommercial art zine that highlights Kansas City creators. It showcases artists from all creative backgrounds and is free to the public at nine locations throughout Kansas City.

This immersive project will combine dance, voguing, spoken word and short documentary narratives at a historic venue near Troost to highlight trans women of color.

This multimedia project of videos and podcasts highlights the vibrant pool of visual artists in Kansas City and the Midwest.