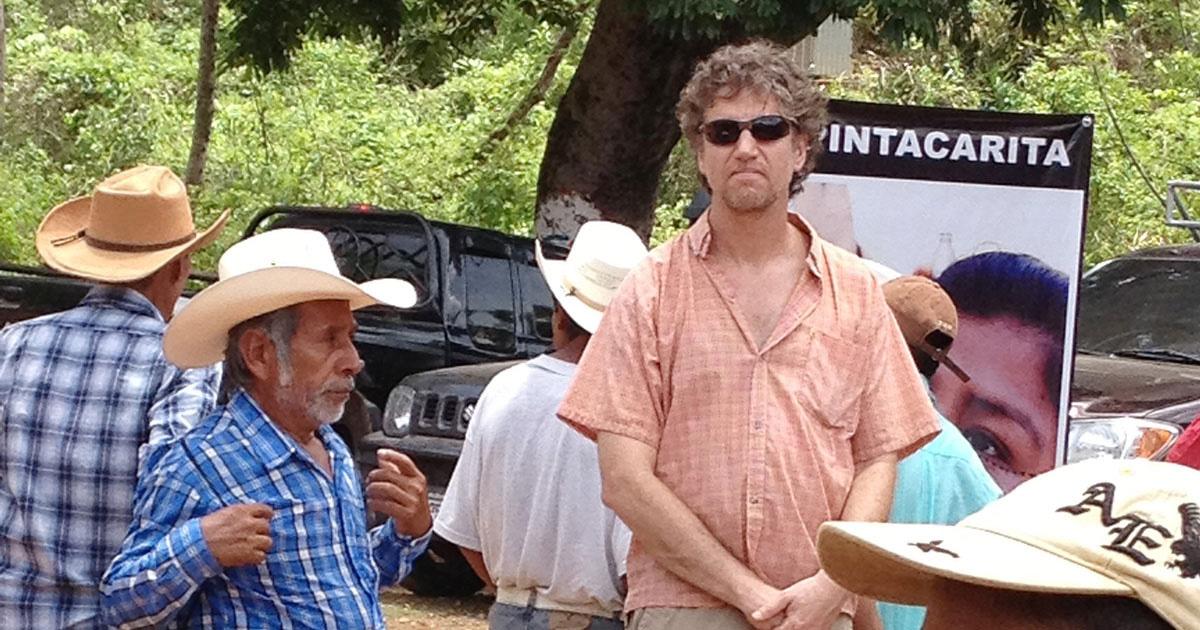 LAWRENCE — When he first began visiting the Ch’orti’ Maya area of Guatemala, Honduras and El Salvador decades ago, Brent Metz thought he understood what it meant to be Indigenous to the region. It has taken 30 years of collaborative ethnographic research – learning the language, traveling, recovering information from obscure sources, photographing and recording — with the people there to come to a more nuanced understanding in which he defines indigeneity as the intersection of three different axes.

This is explained in great detail – including 177 photos and charts (plus 71 video clips in the electronic version) – in Metz’s new book, “Where Did the Eastern Mayas Go? The Historical, Relational, and Contingent Interplay of Ch’orti’ Indigeneity,” just out from the University Press of Colorado.

Metz is director of the University of Kansas Center for Latin American & Caribbean Studies, professor of anthropology and an affiliate of KU’s Indigenous Studies Program. He traces the Ch’orti’ language (one of 30 Maya languages) back to the one written by Maya elites of the Classic Period (200-900 A.D.)

The famous Maya cities were abandoned, and scholars have been piecing together why and where the populations went, although the public has invented their own fantastical stories.

Metz’s theory that indigeneity is subject to the interplay of varying forces — historical, social, political and otherwise — explains, for instance, why Honduras was for years presumed to have virtually no Ch’orti’ Maya descendants in its midst, only to see a thousands-strong movement arise to claim their ancestral land rights in a 1990s political context.

Metz points out that, until recently, there was no sociopolitical advantage — and, in fact, it has been disadvantageous — to be considered Indigenous in the three countries he studied. For one thing, they are now a minority among the descendants of Hispanic colonial powers.

“Indio is a negative term in Mesoamerica with several connotations,” he said. “During the colonial period, it was a legal term that essentially denoted conquered populations who were forced to work and pay taxes, tribute, and other fees to their Iberian overlords. Today, the term can refer to both an exoticized caricature living in some sort of cosmic timelessness or a backwards country bumpkin or hillbilly. So nobody wants to be called an Indian. They'd rather be called Indigenous, or, better still, their own ethnic designation.”

Many Ch’orti’ internalized this oppression, which led to them hide or otherwise ignore their Indigenous ancestry, Metz said. This phenomenon gives rise to one of his three pillars of indigeneity: contingency.

For example, many Ch’orti’ publicly repress their identity unless there is a good reason to express it, the KU researcher said.

“They express it when uniting in self-defense. They also do it through celebration, out of pride. And they also do it when a good opportunity arises, like joining international movements to reclaim their rights to territory, control over their own development and respectful inclusion in official programs. In fact, this is not different from any other ethno-national identity, particularly ones that are marginalized or persecuted.”

Contingent identification as Indigenous is hardly enough, though, as Metz said. Such waiving of public identification subjects Ch’orti’s to accusations of being inauthentic, which leads to another axis necessary for understanding indigeneity: history.

“You’ve got to do your historiography,” Metz said, “because indigeneity isn’t just invented or constructed or imagined for the moment. Historical research is necessary to identify the pretenders among those with Indigenous heritage. And now that there is at least some recognition of Indigenous rights and sympathy with the Indigenous, more pretenders are emerging.”

That’s why, in addition to reading everything he could on the subject, Metz and Ch’orti’ activists repeatedly traveled up and down mountainsides in the region between 2003 and 2018, speaking with elders who could recount their villages’ histories.

The final pillar of Metz’s theory of indigeneity is relationality. How does a group of people define themselves as distinct from their neighbors?

On Metz’s research trips, he and Ch’orti’ collaborators found many people still observed distinctive ethnic traditions, including annual ritual offerings to natural forces (called “The Payments”) in hopes of achieving favor for a good harvest, and sometimes they did so in secret due to past persecution by Christian proselytizers and the Guatemalan army. However, these people maintaining ancient Maya traditions denied being Indigenous Ch’orti’ Mayas. Why? Because, they told the researchers, their religion is universal, not Maya, per se, and that the true Indigenous Ch’orti’s live in other towns and are identifiable by their poverty, subsistence agriculture, dark skin and language. People compare who is more and less Indigenous with communities and across municipal, state and national boundaries, Metz said. So, for example, someone in Honduras may fight to the death over Indigenous rights, then defer to Guatemalans as the true Indigenous because of national stereotypes.

“I've witnessed a Honduran Indigenous activist apologizing to Guatemalan Mayans who’ve come to do a ritual at their Mayan archaeological sites for how little indigenousness they have been able to maintain,” Metz said.

If indigenousness implies colonization, he said, then social and therefore cultural and identity changes are inescapable.

“Guatemala is considered by far the most Indigenous of those three countries. So someone in El Salvador might consider themselves Indigenous. But when we have a tri-national meeting, they see themselves more as mestizos, that is, of mixed race or heritage,” Metz said. “So a lot of it depends on, ‘In contrast to who? What is the context and history?’”

Metz believes his approach can be applied to other contexts besides the Ch’orti’ area. And furthermore, he said, it shows the futility of trying to define indigeneity by race, biology or genetics.

“Indigenous groups marry with and welcome others into their societies, and many with Indigenous ancestry abandon their societies to live among the dominant ones,” he said. “Once we get into biology and so-called race, you're going in the wrong direction. You're getting colder.”