LAWRENCE — Generations from now, will people still jam into beachside food stands for clam rolls and splurge on trays of oysters at swanky restaurants — or will clams, oysters and many other mollusk species soon become victims of human-driven climate change? 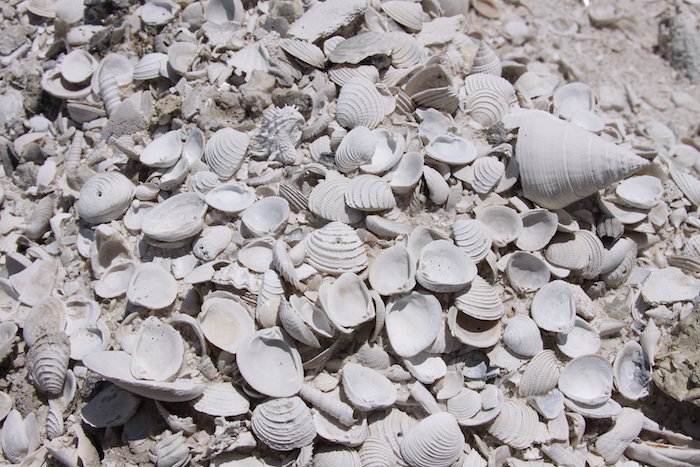 A paleontologist at the University of Kansas Biodiversity Institute and Natural History Museum believes an answer can be found in the 3 million-year-old fossil record of mollusks in the Western Atlantic, encompassing hundreds of species, both living and extinct.

“A key thing about looking back 3 million years ago is we have really good knowledge of the climate then, and it was quite a bit warmer — and in fact those are the conditions that we expect to reach due to human-induced climate change,” said Bruce Lieberman, professor of ecology & evolutionary biology and senior curator at the Biodiversity Institute. “We can use the 3 million-year-old interval as a model for what climate will be like 200 years from now. And we're asking the question, ‘What’s distinctive about the species that survived, and those that didn’t?’ That's going to allow us to predict what's going to happen, who's going to survive, and who's going to go extinct over the next two centuries.”

To better understand the future of these vital organisms, Lieberman will lead a new $2.4 million project supported by the National Science Foundation’s Biodiversity on a Changing Planet program, with about $880,000 coming to KU. Other key researchers include KU Biodiversity Institute research affiliates Erin Saupe of Oxford University and Luke Strotz.

Beyond improving scientific understanding of the health of marine ecosystems and food chains, the project could help estimate the economic future of Western Atlantic fisheries.

“There are about 300 mollusk species, and some of these species are really commercially important — things like oysters, or other things that are the source of fried clams,” Lieberman said. “We might not eat clams that much if we're in Kansas, but if you're on the Eastern Seaboard, people consume a lot of them, and they contribute to the economy. Further, they're kind of the base of the food chain, so they have a more outsized impact than we tend to think. They’re important food resources. We care about them for conservation purposes, too.”

Lieberman and his collogues hope to tease out which biological and behavioral traits gave some mollusk species evolutionary success, and which traits doomed species. 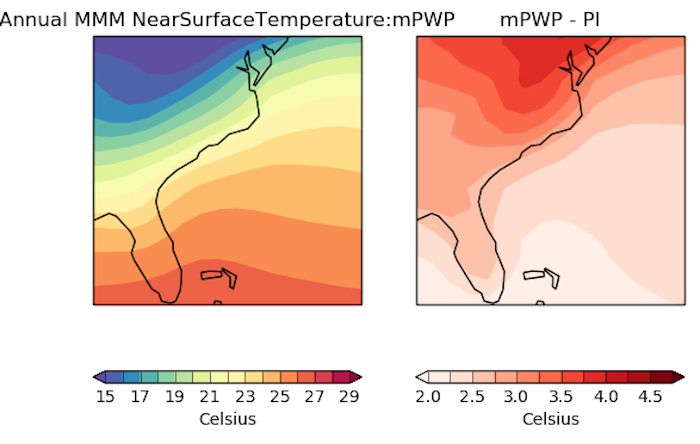 “If it works the way we hope it does, we think it could allow people to take other modern groups of species and apply similar approaches — groups that might not even have a great fossil record — to try and also look into the future,” Lieberman said. “We think they could be a good model system to better try and understand effects that certain traits might have on extinction, partly because it'll help us understand the fundamental evolutionary role of physiology. We hope it will extend to other groups and other times in the past, but also for the present.”

Results from Lieberman’s previous scholarship show a mollusk species’ metabolic rate is a “highly significant predictor of extinction probability” over the past 3 million years. But what other traits give a mollusk evolutionary fitness? The researchers will analyze the fossil record using ‘ecological niche modeling’ — a method of mapping and predicting species’ habitats — as well as statistical analysis to see which traits are tied to species’ staying power.

“One approach will involve the use of ecological niche modeling, something that KU and especially the Biodiversity Institute has pioneered,” Lieberman said. “We’ll take the distributions of those mollusks, look at the places where they've occurred in the past and relate that to places they occur today — then project out to 200 years to see, ‘Hey, will there still be available niches for these species?’ We’ll also use various statistical tests to see which traits correlate with survival, either singly or in combination.”

In the meantime, colleagues Rowan Lockwood of the College of William and Mary and Emily Rivest of the Virginia Institute of Marine Science will run experiments to observe physiological responses in existing mollusk species to environmental conditions expected in the coming centuries. The researchers will use data from the statistical analyses along with physiological experiments to assess traits that best forecast survival and extinction.

Lieberman said the hard shells of mollusks tend to preserve as fossils better than other species, providing such a detailed record it might help forecast how other groups of animals could fare in coming centuries.

“We also think mollusks could be a good model system to better understand the impacts or the effects certain traits might have on extinction,” he said. “This is a group that has an incredibly dense fossil record, so it gives us the opportunity to develop this predictive framework.”

At least three postdoctoral scholars, two graduate students and 16 undergraduate students will receive support for training under the award. At KU, researchers will coordinate with the TRIO Talent Search program to extend education and training opportunities to students at KU and beyond who are first-generation, low-income or have a disability or condition for which they have accommodations.

“This is a really good way of reaching out to first-generation students and others to give them an appreciation for STEM opportunities and why and how it can be a good and beneficial career for people,” Lieberman said. “We'll be working with people starting out in college, but also younger people who are middle school students from the Kansas City, Kansas, school district, providing some outreach with them to talk about the effects of climate change, and why it matters for everybody.”

Lieberman said the team also would work with other organizations around Kansas City to provide K-12 outreach and education on climate change, including Bridging the Gap.

Plans also include a physical and online exhibition on mollusks at the Paleontological Research Institution’s “Museum of the Earth” as well as citizen-science and outreach programs in Virginia. Images from the work will be contributed to the online Neogene Atlas of Ancient Life.

Second from top: A heat map showing modeled projections of where extinctions of populations of marine mollusks will be concentrated in the face of anticipated climate change over the next 80 years, approximately; hotter (brighter) colors signify greater extinction risk. These populations include important food sources for humans or fish that humans depend on. Credit: Erin Saupe, Oxford University.

Third from top: Specimens of fossil ( approximately 3 million year old) and modern clam and snail species from the southeastern United States. Lieberman's research will focus on using characteristics of these species, and others like them, to determine what made them survive the intervening 3 million years, while other species went extinct. Lieberman and his colleagues will in turn use this to predict which species will survive in the face of impending climate change over the next few hundred years, and which will go extinct. Credit: Jonathan Hendricks, Paleontological Research Institute.