LAWRENCE — If you’ve ever used a text-based artificial-intelligence image generator like Craiyon or DALL-E, you know with a few word prompts that the AI tools create images that are both realistic and completely synthesized.

The machine learning that powers such websites will scan millions of images on the internet, analyze them and assemble facets of them into fresh, but fake, images. 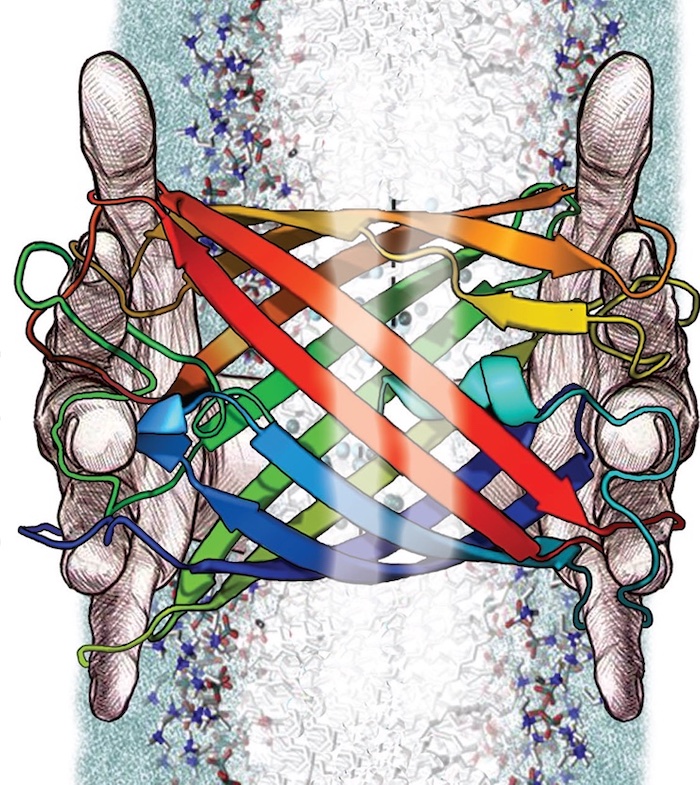 Now, University of Kansas researchers are working to use a similar machine-learning process to build new proteins designed to detect water pollutants. With a new three-year, $1.5 million grant from the National Science Foundation’s Molecular Foundations for Biotechnology program, a KU researcher will use machine learning to create “deep-fake” membrane beta-barrel proteins — a class of naturally successful biosensors — designed to detect polluting metal ions in water.

“These beta barrels are super useful because they can bring things across membranes,” said principal investigator Joanna Slusky, associate professor of molecular biosciences at KU. “Barrels make good enzymes — there are so many different things that barrels can do.”

Previous research on the tube-like beta barrels has altered their binding properties for a variety of tasks. However, much of this work was arduous and completed by hand, usually resulting with minor variations of a limited number of scaffolds, or barrel structures.

“In this case, we’re using machine learning to generate large numbers of barrels,” Slusky said. “But, how about if we can both generate barrels and have them be useful? We asked ourselves, ‘What's a biotechnology application of barrels?’ Well, one would be metal sensors that could perhaps detect metal pollutants.”

Slusky and her co-principal investigators, professors Rachel Kolodny and Margarita Osadchy of Haifa University in Israel (along with KU postdoctoral fellow Daniel Montezano), will develop a new machine-learning process that generates beta-barrels with scaffolds similar to those found in nature, but with different sequences. 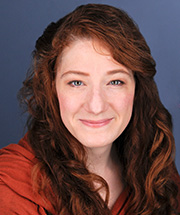 “There’s a website called ‘This X Does Not Exist,’” Slusky said. “If you go to that site, you see all these AI-generated things and people don't really exist. But a computer made an image, for instance, of a cat. But that's not really a cat — a computer took a bunch of pictures of cats and said, ‘OK, we can just sort of generate as many cat pictures as you want now, because we figured out what is a cat.’ We need to make something real so we see it more like generating a recipe.

"The question is, how to make computers generate a recipe for proteins.”

Beta barrels are well-suited to advancement through machine learning because “natural proteins are sort of a small blip in the number of possible sequences.”

If a computer algorithm can learn the essence of what makes a protein a protein, Slusky said, it will avoid generating useless sequences.

“Most sequences would never actually be proteins— they wouldn't have a particular fold,” she said. “They would just kind of bond with themselves in weird, nonpredictable ways over and over again. To be a protein, you need a sequence that makes one shape. When people tried to make random sequences, or even somewhat directed sequences, they found that only a very, very small percentage of them might actually be a protein.”

With machine learning creating new and viable sequences resulting in this common fold, Slusky and her colleagues hope to generate a beta-barrel especially well-suited to finding metal ions in water. This result of the work will be biosensors based on beta barrels that can identify pollutants like lead in waterways.

“If we make them the right size, this molecule will be ideal to put some particular metal in, and you can have the right substituents so that it would bind that metal,” Slusky said. “Because it's in a membrane, it can give you some sort of conductance difference — there’s a difference between when it's bound and when it's not bound. If you’re able to do that, you could sense for different metals, and different concentrations of those metals. There are a lot of big steps we want to accomplish, but I’m hopeful and excited.”

The work also will help train undergraduate researchers in Slusky’s lab, as well as inform Slusky’s teaching at KU as well as outreach to high-school science students.