LAWRENCE — Susan Carlson, a professor and researcher at the University of Kansas School of Health Professions who specializes in intervention studies of fatty acid supplementation in infants and pregnant women, is the recipient of the 2022 Chancellors Club Career Research Award. 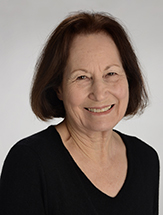 Carlson, the AJ Rice Professor of Nutrition in the KU Department of Dietetics & Nutrition, has made invaluable scientific contributions to infant health and development. Her discoveries showed that formula was lacking the necessary fatty acids for proper development and growth. Since her discoveries, 99% of all current infant formulas include these fatty acids.

“I will emphatically state that Professor Carlson’s research has had a significant and long-term impact on research – and perhaps more importantly, on the health and well-being of individuals and communities in Kansas and beyond,” said Jacob Sosnoff, associate dean for research and professor in the Department of Physical Therapy, Rehabilitation Science & Athletic Training.

Since Carlson joined the KU Medical Center faculty in 1999, she has established herself as one of the most prominent and dedicated researchers in polyunsaturated fatty acid nutrition and its neurocognitive effects on mothers and their babies. She has published more than 165 peer-reviewed journal articles with more than 14,000 citations to her credit. She has received numerous awards and recognition, including as a university distinguished professor, while at KU.

Carlson excels in her research and changing lives, while being an active professor and helping her students begin changing their own lives.

“I'm really proud of our Ph.D. program in medical nutrition science,” Carlson said. “We started it a little over 10 years ago, and we've already hired some of our own students, because they're just good. It's been fun watching how our graduates develop their own careers in nutrition.”

When she began her work on infant nutrition, Carlson was moved to make strides in keeping infants and their mothers as healthy as possible.

“My primary motivation is ensuring that infants start life without limitations that could have been prevented by better nutrition,” she said. “This award means a lot to me and the Department of Dietetics & Nutrition in the School of Health Professions. I am happy for our school and our department.”