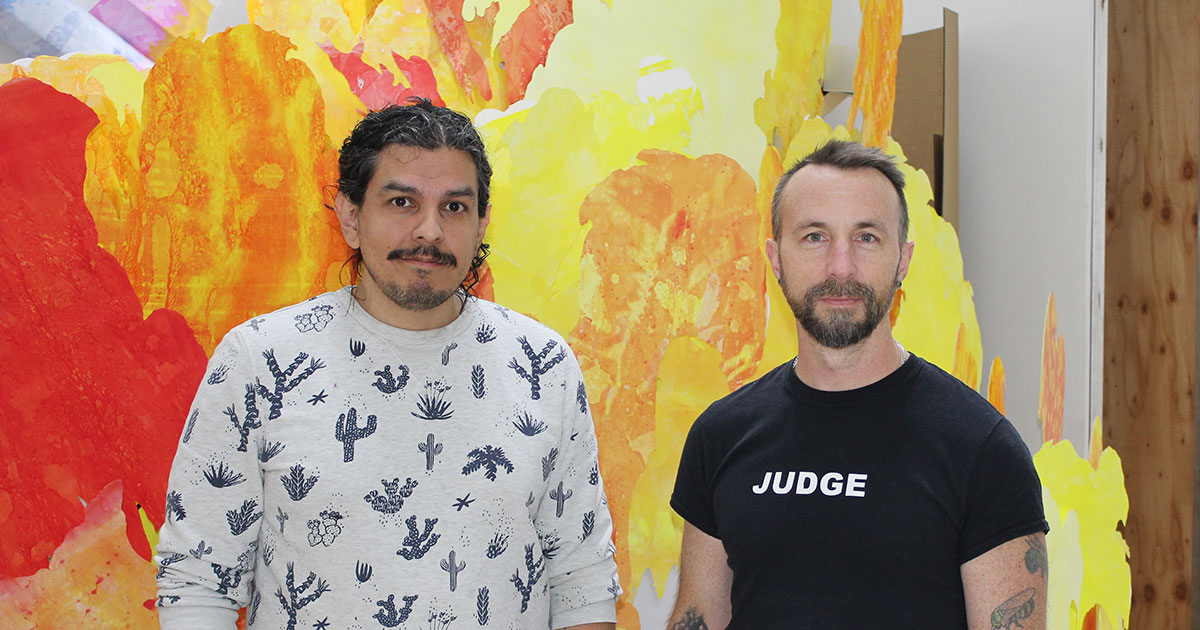 Shawn Bitters, associate professor of visual art at the University of Kansas, has curated the show with former graduate student-turned-collaborator Matthew Willie Garcia. Bitters and Garcia also collaborated on one of the show’s main installation components, which, as of a few days before opening, they had yet to title. 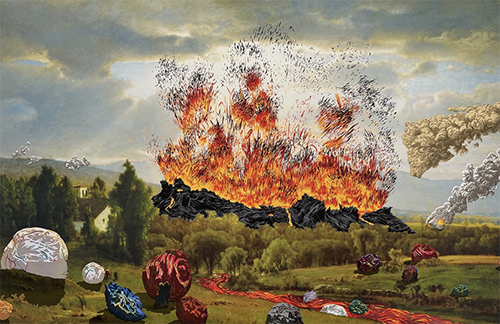 “Growing up queer, you are told to be quiet,” Bitters said. “You're not acting right. You're not fitting into the norms of what a boy or a girl should be. I've always been too much for some people. And I think a lot of us have experienced that feeling. We've always been repressed and have tried to fit within the categories that seem to be acceptable. And so for this show to be too much, it's a metaphor. We're like, no, this is what we are, and we're embracing it, and this is a new, different aesthetic.”

Bitters said he, Garcia and the other artists in the show will get a chance to show off both their traditional and expanded print practices.

“I'm always working on taking a two-dimensional print and then treating it like a three-dimensional object,” Bitters said. “Of course, there's really no such thing as 2D, because everything has matter. But I like to create the illusion of something that is three-dimensional, and then I set it into a real space to kind of play with your sense of depth. I want it to mimic reality, so that for a moment you believe that it's something that it's not. And then, as you move in and you see that it's two-dimensional, that illusion collapses, and you're left questioning your perception of what you consider to be a landscape or an environment.”

For his part, Garcia said, “my work usually stays pretty flat, and then the animation adds depth to it.”

He, too, said he wanted to play with the viewer’s sense of reality.

“I want things to be questioned,” he said, “like what is surface; what is real? I have static parts of the animation that stay in place the whole time. So it fools the viewer into thinking it's a printed surface. It's actually just a projected animation that's been stilled through the entire animation.”

All of it, Bitters said, “is about creating alternate places, alternate realities, where, as queer people, we can feel that we're at home.”

The exhibition, which runs through Jan. 7, 2023, should hold interest to a wide audience.

“I think that anytime you encounter a new way of thinking,” Bitters said, “and if you come to know people who are kind of marginalized, or off on their own, or a different culture on the other side of the planet, that experience helps you to realize, ‘Oh, wait, why do I live the way I live? Why do I have all these assumptions that this is the way to live your life, when these people do it completely differently?’”