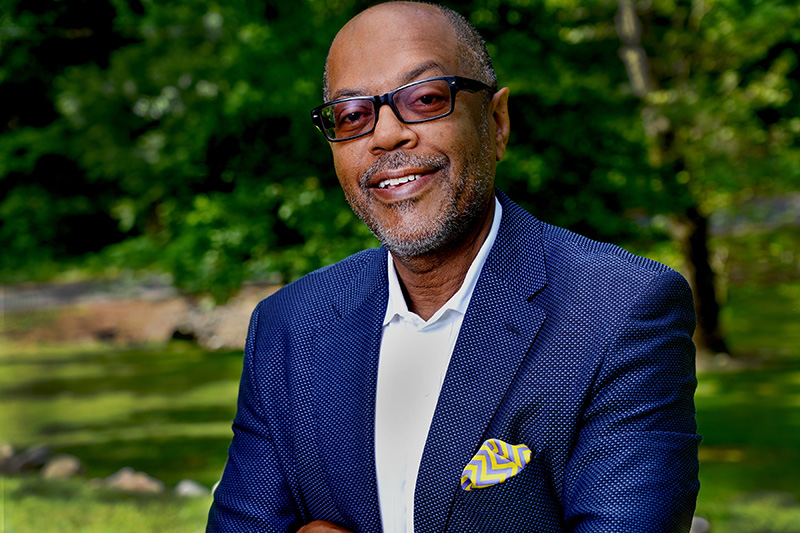 Merida took the helm of the L.A. Times, the largest newsgathering organization in the West, in June 2021. Before that, Merida was senior vice president at ESPN and worked for 22 years at The Washington Post, where as managing editor he helped lead the newspaper to four Pulitzer Prizes.

“The selection of Kevin Merida as the recipient of this award continues a long tradition of the William Allen White Foundation Board of Trustees honoring distinguished journalists,” said Ann Brill, dean of the William Allen White School of Journalism & Mass Communications. “Mr. Merida has made an impact, literally, from coast to coast in the United States. His record of achievements in media range from Pulitzer Prizes to Journalist of the Year from the National Association of Black Journalists to a Peabody Award to the launch of a multimedia platform that explores the intersections of race, sports and culture.”

As the top news executive at the L.A. Times, Merida oversees a newsroom of more than 550 journalists and the L.A. Times Studios division. The combined organization provides round-the-clock coverage on latimes.com, publishes a daily print edition, co-produces an Emmy-winning daily television news magazine and creates multiple original podcasts, including “The Times,” each week. During his tenure, the L.A. Times has grown to reach 40 million unique visitors monthly, added more than 100,000 digital subscribers and won a variety of journalism and media awards, including a Pulitzer Prize. Merida previously led news and features coverage for nearly three years as managing editor of The Post, during which time the newspaper embarked on a digital transformation that made it one of the fastest-growing news organizations in the country. Merida also had stints as a congressional correspondent, national political reporter, longform feature writer, magazine columnist and senior editor in several roles and led the The Post’s national staff for four years during the Obama presidency.

At ESPN, Merida was editor in chief of the Undefeated, which has since been renamed Andscape, a multimedia platform that explores the intersections of race, sports and culture. Under Merida’s leadership, the Undefeated gradually expanded across Walt Disney Co. with a content portfolio that ranged from award-winning journalism to documentaries and television specials, from albums and music videos to live events, digital talk shows and two bestselling children’s books. He also oversaw the investigative/news enterprise unit, the television shows “E:60” and “Outside the Lines,” and chaired ESPN’s editorial board.

Merida was named Journalist of the Year in 2000 by the National Association of Black Journalists and received NABJ’s Chuck Stone Lifetime Achievement Award in 2020. He also received the Missouri Honors Medal for Distinguished Service in Journalism in 2018.

He is co-author of “Supreme Discomfort: The Divided Soul of Clarence Thomas” and the bestselling “Obama: The Historic Campaign in Photographs.” He is a contributor to and editor of the anthology “Being a Black Man: At the Corner of Progress and Peril,” based on an award-winning Washington Post series he led.

Merida will accept the award and give an address at 3 p.m. April 20 in the Ballroom of the Kansas Union. The event is free and open to the public.