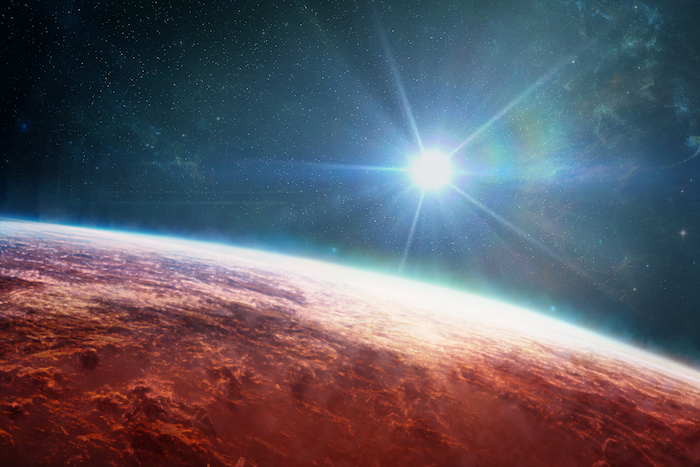 This and other findings are included in a set of five new scientific papers, three of which are in press and two of which are under review. The new research also serves as a “test drive” for astrophysicists evaluating the JWST’s instrumentation by studying an exoplanet already measured by previous space telescopes like Hubble and Spitzer.

The research collaboration, known as the Transiting Exoplanet Community Early Release Science Program for the JWST, includes Ian Crossfield, assistant professor of physics & astronomy, who runs the KU ExoLab and has helped guide the JWST observing program as a member of the ERS Science Council since its inception. 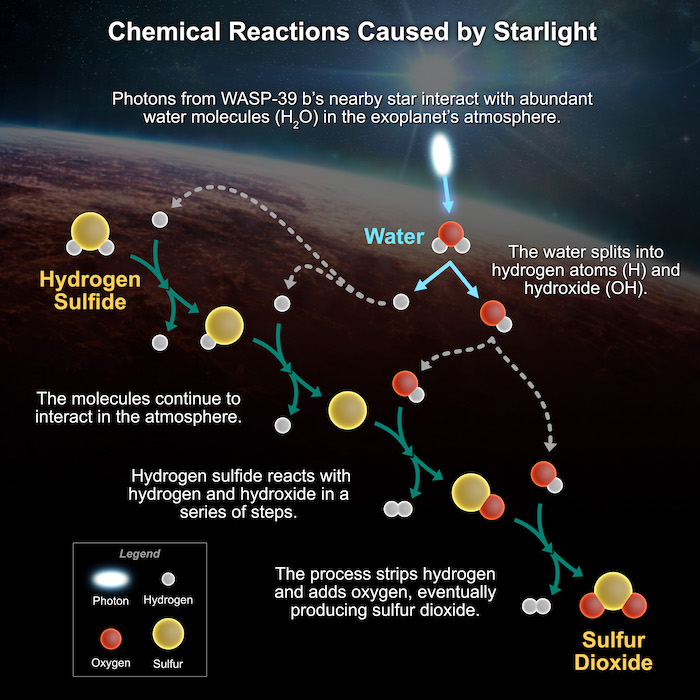 “This is the first time photochemical byproducts have been detected in any planet outside the solar system,” Crossfield. “We fully expect that this is just the first of many such surprises as we use JWST's unprecedented sensitivity to make new observations of these other worlds.”

Another KU scientist involved in the collaboration was Jonathan Brande, doctoral student in the Department of Physics and Astronomy and the KU ExoLab.

“Until JWST, we’d hit the limit at which we could continue characterizing this planet with our capabilities,” Brande. “Because WASP-39b had been so well-studied — and we thought we understood a lot of what was going on in the planet's atmosphere — the ERS leadership team, including Ian Crossfield, decided that it would make a very good target for the first suite of observations from the James Webb Space Telescope. It could confirm our assumptions about this planet based on previous observations, and there was the possibility we would learn something new.” 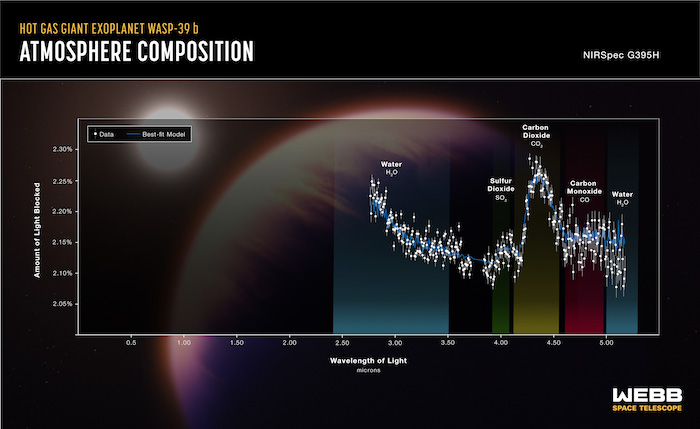 Among the major findings on WASP-39b presented by the research team:

Brande worked as a key member of a group that wrote the software used to analyze data from JWST on “light curves” — measurements of light during a transit (when the exoplanet passes between its star and the JWST). Observing transits is typically how astrophysicists detect the makeup of an exoplanet’s atmosphere.

Brande was involved with the Eureka! team led by Kevin Stevenson of the Johns Hopkins University Applied Physics Laboratory as well as Laura Kreidberg of the Max Planck Institute for Astronomy.

“One major part of my role here has been my involvement in helping develop the code for a software package used in the reduction of the raw telescope data, as well as the analysis that produced the final spectra for this suite of papers,” Brande said.

The KU researchers said the algorithms produced by the collaboration could be used to analyze the composition of exoplanets yet to be observed by the JWST. Further, the work offers a blueprint for future research collaborations using the new space telescope.

According to Crossfield, WASP-39b won’t ever be a suitable planet for human habitation, but the search for such planets could depend on techniques honed on the hot Jupiter.

“WASP-39b is a gas giant planet, so it couldn't host life as we know it,” he said. “But the amazing performance JWST has already exhibited makes it very likely that astronomers will be able to use it to look for potential signs of life in a number of smaller, cooler planets.”

Crossfield added that KU has a rapidly growing exoplanet research group, the KU ExoLab, that will be working on data from JWST for years to come.

“We're one of the largest such groups in the region between Denver, Chicago, and UT-Austin,” he said.

Top image: New observations of WASP-39b with the JWST have provided a clearer picture of the exoplanet, showing the presence of sodium, potassium, water, carbon dioxide, carbon monoxide and sulfur dioxide in the planet's atmosphere. This artist's illustration also displays newly detected patches of clouds scattered across the planet. Credit: Melissa Weiss/Center for Astrophysics | Harvard & Smithsonian

Top right image: NASA’s James Webb Space Telescope made the first identification of sulfur dioxide in an exoplanet’s atmosphere. Its presence can only be explained by photochemistry – chemical reactions triggered by high-energy particles of starlight. Photochemistry is essential to processes on Earth key to life like photosynthesis and the generation of our ozone layer. Credit: NASA/JPL-Caltech/Robert Hurt; Center for Astrophysics-Harvard & Smithsonian/Melissa Weiss