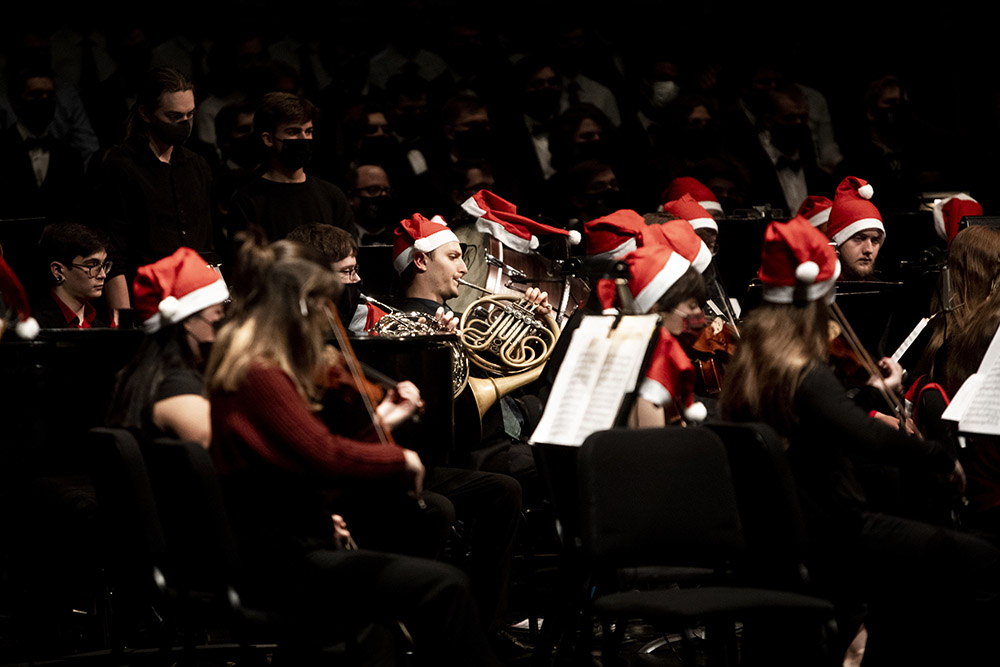 LAWRENCE — The University of Kansas School of Music has announced the return of two beloved annual Vespers programs for the 2022 holiday season.

This year’s Vespers program will feature instrumental numbers, works that combine choir with orchestra and a cappella songs. The repertoire includes classics like “Ding, Dong Merrily on High!” in an arrangement by Ryan Murphy and “Gloria” (first movement) by John Rutter.

Musicians will also perform “Thixo Onothando,” a South African song of praise arranged by Michael Barrett; “Estrellita de Belén,” a folk-inspired new song by Ariel Quintana; “Kujichagulia” (self-determination, one of the principles of Kwanzaa), composed by Zanaida Robles; “El Yivneh Hagalil,” a traditional Hebrew folk song arranged by Peter Sozio; and the spiritual “Music Down in My Soul,” arranged by Moses Hogan. The program will also include the festive “Walz Les Patineurs,” written by Émile Waldteufel; Slavonic Dance 8 by Antonín Dvořák; and a piece from the opera “La traviata” by Giuseppe Verdi.

Marsh is a graduate of KU (Bachelor of Music Education, 2000) who is one of the leading arrangers and publishers of vocal jazz music in the world today. He has worked with singer/songwriter Ben Folds for many years as an arranger and director in numerous performances with major symphony orchestras. Dollison, a classically trained soprano and experienced studio and jazz singer, released her critically acclaimed debut CD “Observatory” in 2005 and can be heard on the soundtracks for “Vera Drake,” “The Corpse Bride” and numerous commercials for Disney, Fox, Coca-Cola and others. In 2010, she and her Marsh released “Vertical Voices: The Music of Maria Schneider,” which was named as one of DownBeat’s Best Albums of 2010. Both Dollison and Marsh previously taught at the University of Northern Colorado and Sacramento State University, where their vocal ensembles and soloists won 19 DownBeat Student Music Awards.