The four will be recognized at an April 22, 2020, ceremony featuring remarks from Chancellor Douglas A. Girod.

This is the 38th annual presentation of the Higuchi awards, established in 1981 by Takeru Higuchi, a distinguished professor at the University of Kansas from 1967 to 1983, and his wife, Aya. The awards recognize the exceptional long-term research accomplishments of faculty at Kansas Board of Regents universities. Each award includes a citation and $10,000 for ongoing research efforts.

The awards are named for former leaders of KU Endowment who played key roles in recruiting Higuchi to KU. Their financial support of KU helped enhance university research throughout Kansas. 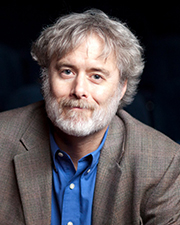 Perry Alexander is the AT&T Foundation Distinguished Professor of Electrical Engineering and Computer Science and director of KU’s Information & Telecommunication Technology Center. His research interests include system-level modeling, formal verification, language semantics and trusted computing. Prior to joining KU, he was a faculty member and director of the Knowledge-Based Software Engineering Laboratory in the Department of Electrical and Computer Engineering and Computer Science at the University of Cincinnati. Alexander has been principal or co-principal investigator on more than $38 million in research projects funded by agencies such as the Defense Advanced Research Projects Agency, National Security Agency, National Science Foundation, Air Force Research Laboratory and NASA. He currently leads KU’s NSA Science of Security Lablet, the DARPA-funded KU Cyber-Assured Systems Engineering program and the Ripple University Blockchain Research Initiative gift. Alexander has published more than 120 refereed research papers and is author of “System-Level Design Using Rosetta.” He received two bachelor’s degrees, a master’s degree and a doctorate from KU, all in the areas of electrical engineering and computer science. 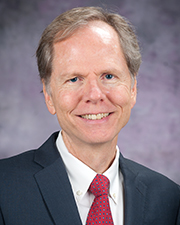 James Edgar is University Distinguished Professor and Tom H. Barrett University Faculty Chair in the Tim Taylor Department of Chemical Engineering at Kansas State University. His research applies chemical engineering principles to improve the quality of semiconductor materials, enabling new types of electronic and optoelectronic devices. His most recent research involves the crystal growth of boron nitride, which is being studied for radiation detectors for homeland security and for compact ultraviolet light sources for chemical-free sterilization of surfaces. Edgar has received more than $9 million in research funding from the National Science Foundation, U.S. Department of Defense, U.S. Department of Energy, and other federal and private funding agencies. This funding has supported 22 doctorate and 17 master’s students to the completion of their degrees. He has co-written more than 175 papers published in scientific journals, edited two books and presented numerous national and international lectures. Edgar earned his bachelor’s degree from KU in 1981 and his doctorate from the University of Florida in 1987, both in chemical engineering. 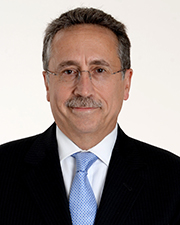 Andrew Godwin is the Chancellor’s Distinguished Chair in Biomedical Sciences Endowed Professor and deputy director of the KU Cancer Center. A leader in the field of translational research and precision cancer medicine, Godwin is internationally recognized for his molecular biology/genetic studies of sarcoma, breast and ovarian cancer, and his efforts to help bridge the gap between basic and clinical science to improve patient care. He is a highly published scientist, with his research resulting in more than 450 manuscripts and scholarly review articles and over 41,000 citations. His research program continues to focus on both basic and translational research, with an emphasis on early detection of cancer, predictive and prognostic biomarkers, liquid biopsies based on extracellular vesicles, molecular therapeutics, companion diagnostics, clinical trials and biosample ascertainment. A native of Lawrence, Godwin graduated from KU with a bachelor’s degree in cellular biology. He obtained a doctorate in molecular biology from the University of Pennsylvania while carrying out his thesis research at Fox Chase Cancer Center in Philadelphia. 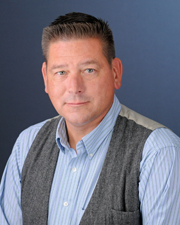 Don Haider-Markel is professor and chair of political science at KU. His research and teaching are focused on the representation of group interests in politics and policy, and the dynamics among public opinion, political behavior and public policy. He has more than 20 years of experience in survey research, interviews and policy studies. He has written or co-written several books, over 70 refereed articles and more than a dozen book chapters in a range of areas, including civil rights, politics in the culture wars, criminal justice policy, counterterrorism, race and inequality, and environmental policy. He earned a bachelor’s degree from the University of Minnesota and a master’s degree and doctorate from the University of Wisconsin, all in political science.