LAWRENCE — The Hall Center for the Humanities has announced the winners of the 2019 Byron Caldwell Smith Book Award. One award for fiction and one for nonfiction is given each competition cycle.

The winners will receive their awards and deliver brief remarks about their books at 5:30 p.m. Sept. 25 at the Hall Center. The free event is open to the public. A reception and book signing will take place following the program. 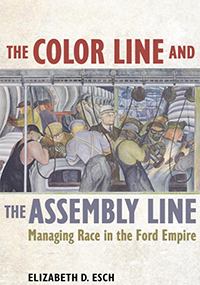 The nonfiction review committee selected Elizabeth Esch, associate professor of American studies at the University of Kansas, to receive the 2019 award for her book "The Color Line and the Assembly Line: Managing Race in the Ford Empire" (University of California Press, 2018). The committee was impressed by Esch's ability to weave a fascinating narrative that incorporates a broad range of important themes, including the multilayered relationships among nation states, the global operation of capitalism, cultural and economic disparities, and the effects of racial ideologies. They found her analysis of the ways in which Ford advertised sameness and yet capitalized on difference and inequalities both compelling and chilling. "The Color Line and the Assembly Line" deepens our understanding of the origins and nature of globalization, establishing strong connections between past and present. Carefully researched and vividly written, it exemplifies the profound relevance of humanities scholarship. 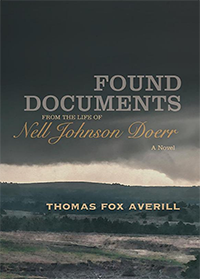 The fiction review committee selected Thomas Fox Averill's "Found Documents from the Life of Nell Johnson Doerr: A Novel" (University of New Mexico Press, 2018). The committee praised Averill's ability to weave a moving and convincing narrative of a young woman's struggle to build a meaningful life in the midst of historical and emotional chaos. "Found Documents" shows how one person's curiosity, imagination and tenacity can ripple outward to enlarge our scientific understanding of the natural world and in turn humanity itself as we observe and learn to appreciate the world around us. As one committee member wrote, "Thomas Fox Averill has created in Nell a character that lives on in the imagination long after she finds her last fossil."

Both selection committees faced a challenging decision as all of the nominated books this year were truly outstanding and together offered a striking sample of the remarkable fiction and nonfiction crafted by Kansas-based authors.