LAWRENCE — Love doesn’t conform; it gets salty, particularly in "H.M.S. Pinafore," also known as "The Lass That Loved a Sailor," where W.S. Gilbert and Arthur Sullivan use satire to poke fun at the British class system through the lens of a love story. 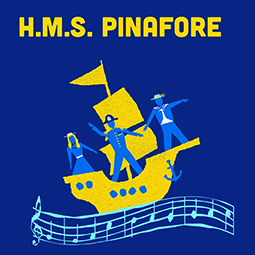 This co-production with the University of Kansas School of Music concludes the University Theatre’s 2021-22 season. The comedic opera features the KU Symphony Orchestra and is stage-directed by John Stephens, professor of voice and opera, and is designed by faculty and a graduate student in the Department of Theatre & Dance.

Crafton-Preyer Theatre stage will be transformed, taking audiences into the lamp-lit nautical night and also to dock where Little Buttercup comes aboard. 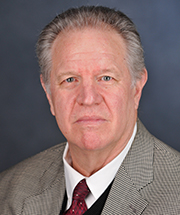 “In 'Pinafore,' as with all the Gilbert and Sullivan operas, the audience is treated to an evening of beautiful and lively music, set to some of the cleverest lyrics in the English language. The story shows that life holds secrets we certainly don’t anticipate,” Stephens said. “As Buttercup sings, ‘Things are seldom what they seem ….’  Among others, we meet the class-conscious and slightly neurotic captain; the opportunistic Sir Joseph Porter, First Lord of the Navy; and Dick Deadeye — my personal favorite — who sees through the hypocrisies of his society but is shunned due to his personal appearance.”

The creative team is rounded out by Dennis Christilles, associate professor of scenography, as scenic designer; Kelly Vogel, resident artist/academic associate, as costume designer; Lindsay Webster, an MFA student in scenography, as lighting designer; Francis Ho, a DMA in orchestral conducting from Nashville, Tennessee, as conductor; Tara Burgat, a student from Spring Hill, as choreographer; and Bailey Dobbins, a recent KU graduate, as stage manager.

The men’s ensemble consists of Benjamin Sawchak, a senior in vocal performance from Gardner; Colin Bradt, a junior in theatre and voice from Lawrence; Joshua Nobles, a junior in music education from Sibley, Iowa; Weston Curnow, a sophomore in English and philosophy from Olathe; Christian Laredo, a music education major from East Peoria, Illinois; and Dmitry Tyshlek, a junior in business analytics from Olathe.