LAWRENCE — The University of Kansas has been awarded a $3 million grant from the National Science Foundation to develop an innovative graduate training program that combines the disciplines of chemistry, chemical engineering and computer science. 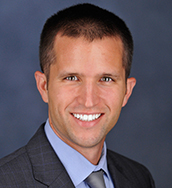 “It’s a big win for the university,” said Kevin Leonard, associate professor in the School of Engineering’s Department of Chemical & Petroleum Engineering. He will lead the new program for KU’s Center for Environmentally Beneficial Catalysis.

Catalytic research can be a time-consuming, hit-or-miss affair, Leonard said. The grant, which will be parceled out over five years, is aimed at helping make the process more efficient.

“One of the grand problems with catalysis in general is it’s very Edisonian,” Leonard said, referring to the inventor Thomas Edison. “You try something and it works, then you try something else to see if it works. What we want to embark on is if we can use artificial intelligence — machine learning — to rationally guide catalysis design.”

The new NSF Research Traineeship program will train graduate students to collaborate at the interface among chemistry, chemical engineering, computer science and data science to explore uncharted territories in all of the related disciplines. While students traditionally specialize in one area, this new grant encourages students to work across disciplines, Leonard said.

CEBC will be joined by faculty from the Information & Telecommunication Technology Center in developing the new curriculum, Leonard said.

“It’s going to be the first program at KU that combines these two centers,” he said. “It’s going to offer students a very unique training experience to prepare them for great jobs in the future.”

Leonard said KU hopes to have 50 students go through the new program in coming years — half of whom would be funded directly by the NSF grant. More than 100 students overall will benefit from enhanced classes and seminars developed for the program, as well as through newly created networking events with industry leaders.

“It’s going to allow us to recruit some of the best and brightest students,” Leonard said.

KU has expanded its commitment to — and footprint in — catalysis research in recent years in several ways, including new faculty hires with expertise in this field. In addition, Alan Allgeier, associate professor of chemical engineering, and Bala Subramaniam, Dan F. Survey Distinguished Professor of Chemical Engineering and director of the CEBC, helped create the Great Plains Catalysis Society, a coalition of industry and academic experts from across the region. The new group held its first gathering in spring 2018.

And earlier this year, several other key faculty collaborators were awarded a large grant that complements the research in the new NSF grant. Marco Caricato, Ward Thompson and Brian Laird, professors from KU’s Department of Chemistry, won a four-year, $1.6 million award from the U.S. Department of Energy to develop algorithms and software for challenging chemistries.

The result, Leonard said, should vault KU to the forefront of discovery in catalysis research and machine learning.

“This prestigious graduate certificate program distinguishes KU as one of the top places in the country students will go to get these 21st century skills,” Leonard said.

KU was one of 17 institutions across the U.S. to receive funding under the NSF’s Research Traineeship program. A total of $49 million was awarded to develop and implement graduate education training models in science, technology, engineering and mathematics (STEM) fields.