LAWRENCE — Faculty members from the University of Kansas School of Engineering have joined forces with academics and corporations across the region to form a new professional society, the Great Plains Catalysis Society (GPCS). 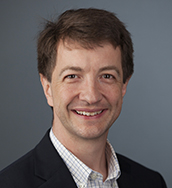 “The cross-fertilization of ideas is important in science,” said Alan Allgeier, KU associate professor of chemical engineering and one of the society’s founding members. “We think that this is a great fertile ground for trying to grow new innovation.”

Catalysis is the process of altering a chemical reaction — fermenting wine to make vinegar, for example. The process is used often in industrial manufacturing, and KU experts say it will become more important as the world transitions to a post-fossil fuels future.

“This is a technology that supports many industries,” Allgeier said.

That’s why he and other key catalysis researchers in the Great Plains region together formed the society, a chapter of the North American Catalysis Society, to pool ideas and equipment — and potentially expedite the results of research to market. 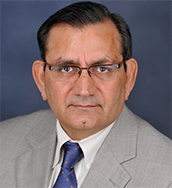 “Research in catalysis is giving rise to a lot of new technologies where you can convert raw materials to everyday products – synthetic fibers, shampoos, medicines, transportation materials, you name it,” said Bala Subramaniam, the Dan F. Servey Distinguished Professor of Chemical Engineering at KU and one of the founding members who spearheaded the effort dating back to 2014 to form the GPCS. “As we move forward, we need research to make these things in a sustainable manner, and catalysis is the field that can really deliver on these exciting possibilities. ”

Allgeier and Subramaniam both serve as officers in the new society — Allgeier as a member of the executive committee and Subramaniam as the secretary. KU graduate Keith Hohn, now a professor of chemical engineering at Kansas State University, is the organization’s president.

At KU, the Center for Environmentally Beneficial Catalysis (CEBC), which Subramaniam directs is already researching ways to transform chemical manufacturing processes to prevent waste and conserve natural resources. The CEBC’s mission, these officers say, will be further enhanced by collaboration with researchers and industries across the Midwest.

“We have a critical mass of leading scientists in the area,” Subramaniam said.

Allgeier helped shape the new society after he arrived at KU in August 2017. During his career in industry, most recently as a senior principal scientist at DuPont in Delaware, he saw how regional collaborations in the Philadelphia Catalysis Society benefited all the participants.

“For 14 years as a member and leader of that society, I got to observe the value of connecting groups across a region. A lot of industry research and conversation had its genesis at meetings of the society,” Allgeier said.

With the new GPCS, KU researchers will share their ideas, Allgeier said, but also gain access to resources across the region. Labs in Ames, Iowa, and in St. Louis, for example, have rare and expensive nuclear magnetic resonance tools useful in catalysis research.

Private companies like Chevron Phillips and Phillips 66 are also participating in the society. Subramaniam said that makes sense: Many industrial products are manufactured using oil — but that won’t always be the case. In the near future, he said, companies will seek to make (for example) new types of biodegradable plastics made out of materials other than oil.

“Three to four generations down the road, the only sustainable source available for making materials is going to be plant-based biomass,” Subramaniam said. The agricultural Midwest, he said, will be a prime source of that material.

“Clearly it will benefit this region,” he said.

The new society has also established the Great Plains Catalysis Society Award to honor innovators in the catalysis industry.

“One of our aims is to recognize leaders in the field and provide folks in our region opportunities to hear from world-renowned experts in the field,” Allgeier said. “The award lets us honor people for their strong innovations and bring them in to inspire our members but also observe the exciting research in the Great Plains region.”

The society already held its first major gathering, in spring 2018, at K-State. Around 60 participants from academia and industry attended.

That’s just the beginning, Subramaniam said. Members of the regional society hope to eventually attract a meeting of the national society to the area.

KU in the news
Newsweek — Thu, 01/16/2020
One of these NASA astronauts could be the first woman on the moon
The Los Angeles Times — Wed, 01/15/2020
Column: Trump’s China trade deal doesn’t even get us back to square one, despite immense cost
🎧 "Politics is a team sport." In this reading of excerpts from his new book, @ezraklein cites a 2015 paper co-writt… https://t.co/JRzH9l0Zyl
«»
Follow us on Twitter »