LAWRENCE— An upcoming lecture series at the University of Kansas that begins next week will look at the historical and contemporary meaning of race in Russia.

“Race has been a complicated category in scholarly investigations of Russia due to its historical absence both during tsarist times and the Soviet period during which the significance of race was diminished in efforts to promote an anti-racist and color-blind global image of the USSR as superior to the United States,” said Ani Kokobobo, associate professor of Russian and lecture series organizer. 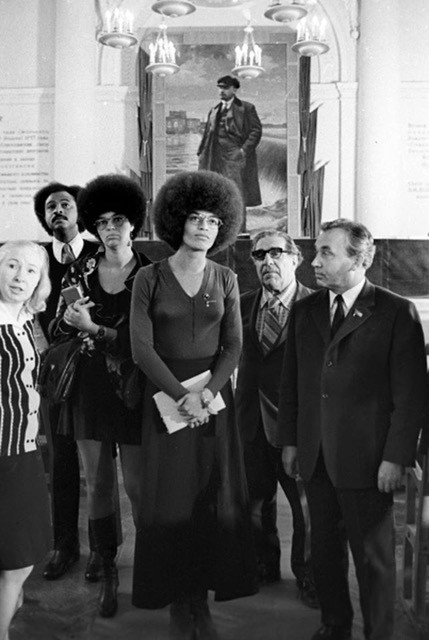 The “Russia and Race” Lecture Series 2020-2021 begins at KU with a key address by Jonathan Flatley, Wayne State University, titled “'Our Friend Angela': The Black Communist Star,” at 4 p.m. Sept. 9. The lecture, which stands at the nexus of African-American and Russian studies, uses “race” as a lens of inquiry, focusing on Davis’s status as a Black communist celebrity and subject of massive solidarity campaigns in the Soviet Union, East Germany, Cuba and around the world. Flatley probes how Davis presented a compelling figure for the Soviet Union to anchor an anti-American, anti-racist propaganda campaign, but her stardom was in tension with the communist emphasis on solidarity and collectivity, and Davis herself explicitly resisted the focus on herself as an icon. Register here for the Zoom lecture.

Oct. 8: “Was Soviet Internationalism Anti-Racist? Toward a History of Foreign Others in the USSR,” Anika Walke, Washington University in St. Louis

All webinars begin at 4 p.m. Registration is available here: https://crees.ku.edu/crees-events-fall-2020.

The series “seeks to reevaluate understandings of race in Russia, excavating its history, evolution, and contemporary meanings, even if the term is largely avoided in the Russian public discourse,” said Kokobobo, who is also chair of the Department of Slavic and Eurasian Languages & Literatures and interim director of the Center for Russian, East European & Eurasian Studies, both event sponsors. Additional sponsors are the College of Liberal Arts & Sciences and Department of African & African-American Studies.