LAWRENCE — After eight weeks of rehearsal, dancers in the University of Kansas Dance Company are eager to perform at the Spring Concert March 25-27. Students working alongside professional choreographers will showcase the artistry and energy of the Department of Theatre & Dance at this repertoire concert, staged in Murphy Hall’s Crafton-Preyer Theatre and open to the public. 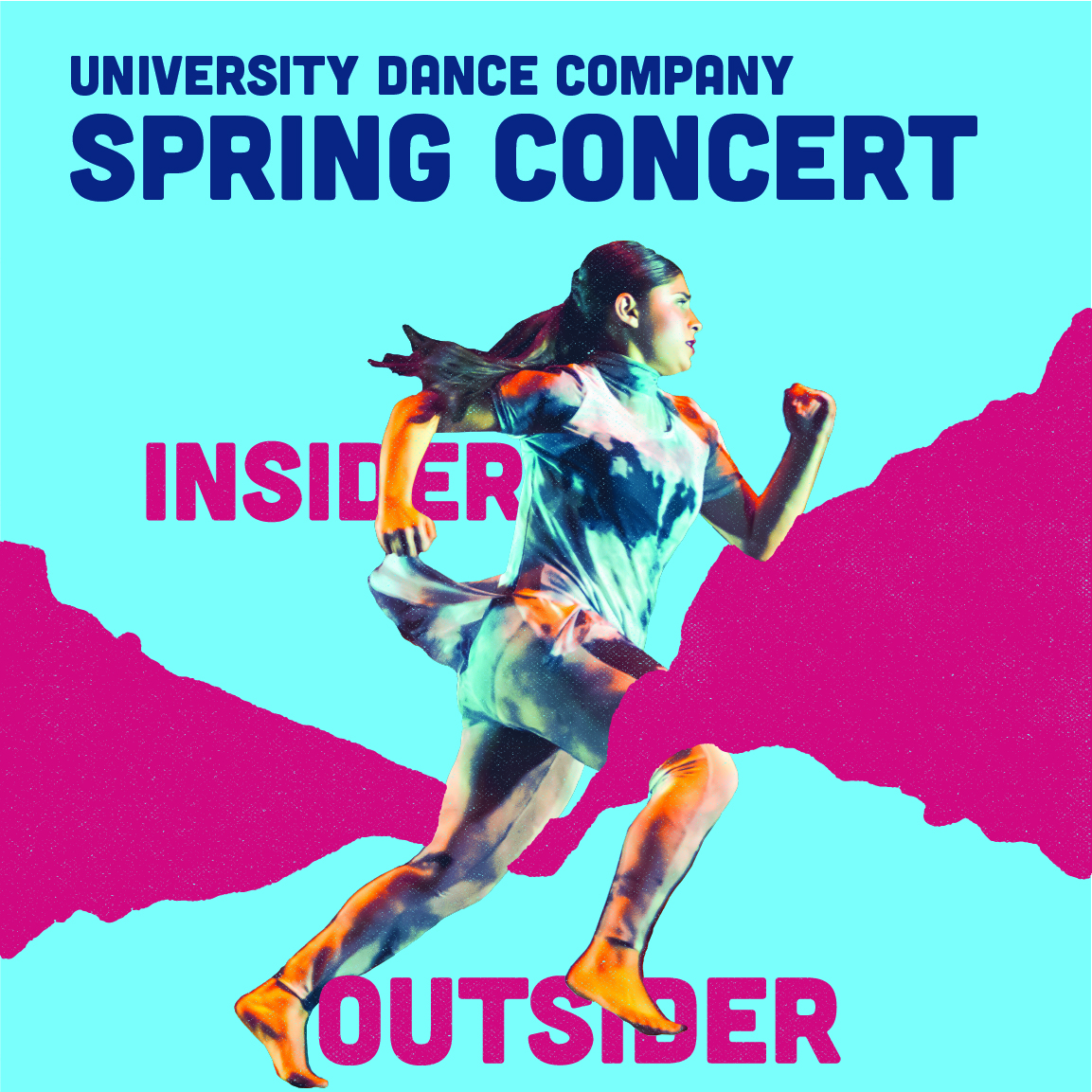 Choreographers examine the notion of insider/outsider. Their modern/contemporary, hip-hop and ballet works explore the complexities of how the binary of inclusion and exclusion is constructed and the ways it shapes lives. Performances are 7:30 p.m. March 25-26 and 2:30 p.m. March 27. Tickets are available on dance.ku.edu, by calling 785-864-3982 or in person at the box office from noon to 5 p.m. weekdays or one hour prior to showtime. The performances on March 25 and 27 will be available to view via livestream. Tickets are required to stream; details at dance.ku.edu/streaming.

Headlining the concert is Gabrielle Lamb’s work, “Tessellations,” a contemporary dance set to playful, Parisian café music. A Guggenheim Fellow (2020) and Princess Grace Award winner (2014,) Lamb is a New York City-based choreographer and founder of Pigeonwing Dance. Lamb served as a guest Choreographic Fellow in residency with the department earlier this semester. After training at the Boston Ballet School and joining the Les Grands Ballets Canadiens de Montréal in 2000, Lamb earned her soloist promotion in 2003. She moved to New York City in 2009 to join Christopher Wheeldon’s company Morphoses. She began choreographing in 2005, winning numerous awards. See www.pigeonwingdance.com/gabrielle.

Ashley Brittingham, a KU lecturer in dance, will present “Behind Closed Doors,” a contemporary ballet exploring invisible struggles dancers face, as well as fear and insecurity, set to music by Wolfgang Amadeus Mozart. In addition to being a choreographer and educator, Brittingham also has danced as a professional ballerina in works by the world’s leading choreographers.

Tristian Griffin, a KU assistant professor of the practice, will present “AT THE TABLE,” a work that relies on body language to relate the honesty and vulnerability of his dancers. A former member of Garth Fagan Dance Company, he’s danced in metropolitan cities, and as a choreographer, his works have been commissioned regionally. He founded Tristian Griffin Dance Company.

Maya Tillman-Rayton, a KU lecturer in dance, will present “The Red Shoes,” an up-tempo, ensemble-based hip-hop work that will be part of a full-length show titled "Stingy Lulu’s Jumping Juke Joint," a co-creation with her husband, Tyrone Rayton. Many of her works have been shown at KC Fringe Fest and National Dance Week KC. She’s a co-founder of House of Dragons.

Webster McDonald, a KU theatre & dance doctoral student and artist-scholar, will present “An Encounter with Blackness,” which examines one critical question: What happens when non-Black bodies are granted permission to embody an aspect of Blackness? This piece uses Afro-Jamaican folk dance forms. McDonald is a Jamaican theatre practitioner, educator and GTA in the department.

The Department of Theatre & Dance is one of three departments in the School of the Arts. As part of the KU College of Liberal Arts & Sciences, the School of the Arts offers fresh possibilities for collaboration between the arts and the humanities, sciences, social sciences, international and interdisciplinary studies. For more information on the Department of Theatre & Dance, visit theatredance.ku.edu.