LAWRENCE – This summer, 25 scholars selected for an NEH Summer Institute will convene for an educational research collaboration hosted by The Project on the History of Black Writing at the University of Kansas. They won’t come to Lawrence, as is their custom, but “Hurston on the Horizon” will allow the participants to connect virtually from across the country. As one of 46 institutions funded by the National Endowment for the Humanities, this year’s institute drew nearly 100 applicants, the largest in HBW’s history.

The institute is organized by project director Ayesha Hardison, KU professor of English and women, gender & sexuality studies, and by Maryemma Graham, University Distinguished Professor and founder of the Project on the History of Black Wri 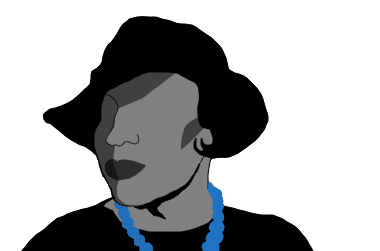 “We are excited to collaborate with the scholars and faculty of the NEH Summer Institute for an intensive study of Hurston, from her most celebrated fiction and ethnographies to her lesser-known work in film and journalism,” Hardison said. “We hope the institute’s return to Hurston, who proves more complex and innovative whenever someone rereads or rediscovers her, will spark new conversations in teaching and research within Hurston studies. I look forward to not only the insights about Hurston we will gain together this summer but also engaging in what she valued most: community and culture.”

Inspiration for the institute came from Hardison, who had organized the Black Love Symposium in 2017 celebrating the 80th anniversary of Hurston’s famous novel, “Their Eyes Were Watching God.” The book is not only one of the best-known works in the American literature canon but also among the most widely taught in high schools and colleges. The weeklong event in 2017 included the Lawrence community along with a host of scholars, Hollywood directors, graduate and undergraduate students, topped off by a marathon reading of the novel in downtown Lawrence.

In addition to the virtual summer institute, there will be a series of webinars in the fall providing an opportunity to connect with contemporary writers. The group will also be invited to reconvene on-site at the 2022 Zora! Festival in Eatonville, Florida. The festival is a major event for the author’s hometown and sponsored by P.E.C., Preservation for the Eatonville Community, which serves as the institute’s partner organization.

“Hurston on the Horizon: Past, Present and Future” will take place July 11-30. College and university teachers and three graduate students selected for the institute are listed below by name and institutional affiliation:

The Project on the History of Black Writing is a research unit in the Department of English within the College of Liberal Arts & Sciences. HBW has put literary recovery work at the center of its research and inclusion work for nearly 40 years. Most recently, HBW’s expansion with a number of digital humanities initiatives involves a partnership with KU Libraries and the HathiTrust Research Center. To date, the National Endowment for the Humanities has supported 15 of HBW’s publicly funded projects.

For more details about the institute itself and events open to the public, visit https://hurston.ku.edu.