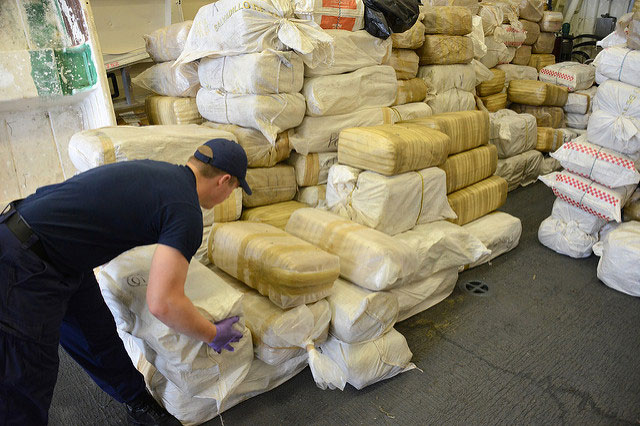 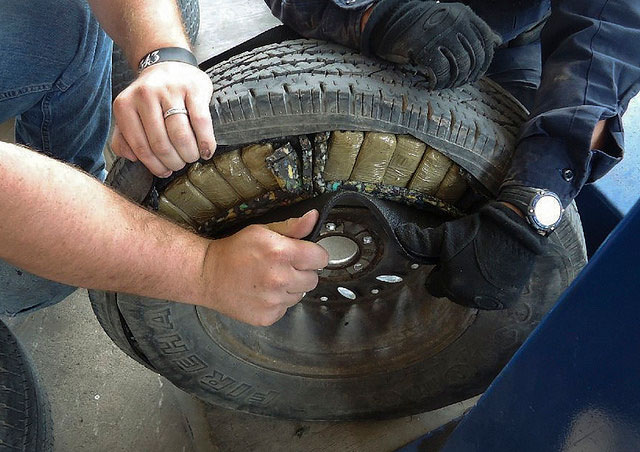 LAWRENCE — Drug trafficking does help facilitate terrorist activity, but it is more often linked to local militant groups instead of well-known international terrorist organizations, according to a new study that includes a University of Kansas political science researcher.

"Although there is a relationship between drug trafficking and terrorism, the drug trade is not the major determinant of terrorist activity," said Mariya Omelicheva, KU associate professor of political science. "It facilitates terrorism in different and complex ways, but it does not necessarily drastically increase the deadliness of attacks."

The journal Studies in Conflict & Terrorism recently published online the findings by Omelicheva and co-author Lawrence Markowitz, associate professor of political science at Rowan University. The researchers focused on the effects of the Afghan opioid trade and potential terrorism-related violence in Central Asia, which act as a transit region for drugs into Russia and Europe.

Politicians, academics and policy analysts have given considerable attention in recent years to terrorist groups' involvement in the drug trade to fund their operations. Other illicit activities, such as human trafficking, money laundering, oil smuggling and looting of diamonds and cultural artifacts, are also potential sources of revenue for major groups, like al-Qaida, the Taliban, Hezbollah and ISIS.

Others have disputed the link between drug trafficking and terrorism, alleging the connection is vastly exaggerated and based on thin evidence, said Omelicheva, whose research focuses on international relations, security policy, state security and human rights, and Russian foreign policy. She also authored several recent articles and essays on politics in Central Asia.

To more closely examine the relationship between drug trafficking and terrorism, the researchers looked at these activities in Central Asian states Kazakhstan, Kyrgyzstan, Tajikistan, Uzbekistan and Turkmenistan.

Political and economic conditions in those states in the 1990s to the early 2000s encouraged violent non-state actors to take advantage of the drug trade. The Islamic Movement of Uzbekistan, for example, designated as a terrorist group by the United States, became a leading trafficker of opiates from Afghanistan around that time. Many analysts contend that the remnants and splinter groups of these major terrorist groups continue using drug trade for funding their activities and operations in and around Central Asia.

The researchers evaluated evidence on the annual volume of drugs seized — via the United Nations Office of Drugs and Crime — in relation to the amount of terrorist activity in 30 provinces across the Central Asian republics from 2008 to 2016. While they found that drug trade facilitates terrorism in drug transit states, the pathways connecting drug trafficking to terrorist activity are very diverse. The appropriation of terrorist activity by existing terrorist groups are rather rare.

A more prevalent pattern includes local armed groups engaged in criminal activities and resorting to violence to avoid the loss of control over lootable resources. This pattern is often facilitated by the collusion of the state in drug trade. A third pattern of the drug trade effect on terrorism is indirect: Drug trafficking shapes broader social and economic environment affecting individuals’ predisposition toward violence against the state.

Even though most connections were not overwhelmingly tied directly to transnational terrorist groups, the findings could be useful for states in seeking to combat drug trafficking and terrorism, she said.

"There is a call for more resources to be spent in informed ways on countering drug trafficking but also drug abuse and addiction," Omelicheva said.

There is typically an underlying competition for counternarcotics assistance among the interior ministries, border troops and customs agencies, and security agencies, which are often controlled by different stakeholders, she said, as well as the issue of reducing demand for drugs.

"It is not just about capacity training. Much more assistance is needed to be spent on the other side of the drug abuse," Omelicheva said. "It's not infrequent we see individuals with previous addictions or criminal history becoming involved in violence. It's important to help governments deal with problems of drug abuse in addition to drug trafficking."

Especially in Central Asia and other states in position to serve as transit regions for the drug trade, it can be crucial to help address underlying issues such as weakening corruption and strengthening democratic functions.

"When we administer the assistance programs, it's very important to find ways to administer those programs more effectively, including better accounting mechanisms and transparency," Omelicheva said. "It's impossible to completely eliminate every problem, but there are ways in which assistance can be more calibrated, especially with our own measures of effectiveness of international aid, and not simply relying on what the governments tell us they are using the aid for."

Second photo: U.S. Customs and Border Protection officers on Feb. 26, 2014, remove marijuana from the tire or a vehicle at the Port of Douglas in Arizona. They made an arrest of a person suspected of attempting to smuggle the drugs into the United States. A study that includes a University of Kansas researcher examines the connection between drug trafficking and terrorism. Credit: U.S. Customs and Border Protection, U.S. government work.