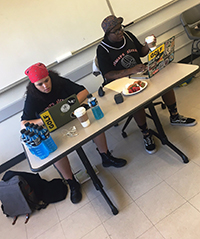 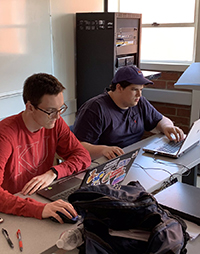 Three other KU teams also advanced to the elimination rounds at the tournament as KU placed two teams in the top 16 and four teams in the top 25. The team of sophomores Ross Fitzpatrick, of Leawood, and Jacob Thomas, of Shawnee, advanced to the elimination rounds with a 6-2 record in preliminary rounds and defeated Arizona State University in the round of 32 to advance to the final 16, where they lost to a team from Liberty University. The team of sophomore Gabriel Esquivel-Yglesias, of Wichita, and junior Julia Henry, of Hutchinson, and the team of sophomores Jackson Hoffmann, of Wichita, and Lily Ottinger, of Shawnee, finished 23rd and 24th at the tournament.

The Cross Examination Debate Association is one of two national championship tournaments that the KU debate program attended. Two weeks ago the KU team of Jacob Hegna, of Overland Park,  and Nathan Martin, of Lansing, reached the Final Four at the National Debate Tournament, and KU was the only school to have teams in the Final 4 of both national championship tournaments. 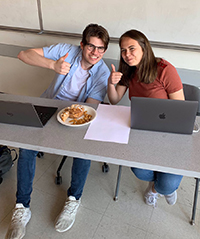 According to CEDA Treasurer Joe Patrice, the NDT tournament is like the Masters Tournament in golf as it is a smaller tournament that competitors have to qualify to attend. He said the CEDA National Tournament is analogous to the U.S. Open since any team in the country can enter and compete, and it draws a larger field of teams. The last KU team to reach the championship debate at the CEDA national tournament was the team of Jyleesa Hampton and Quaram Robinson in 2015. 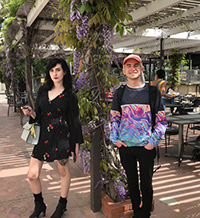 “The run by Azja and Kyndall at the tournament was thrilling and we are proud of them and all of the KU teams,” said  Scott Harris, the David B. Pittaway Director of Debate at KU and CEDA president. “We are very excited about what is to come in future seasons.”

The CEDA national tournament also set up a basketball competition during the tournament, and the KU squad was victorious defeating teams consisting of students and coaches from other schools in the tournament. In honor of their victory, Harris was presented an autographed basketball at the awards ceremony.