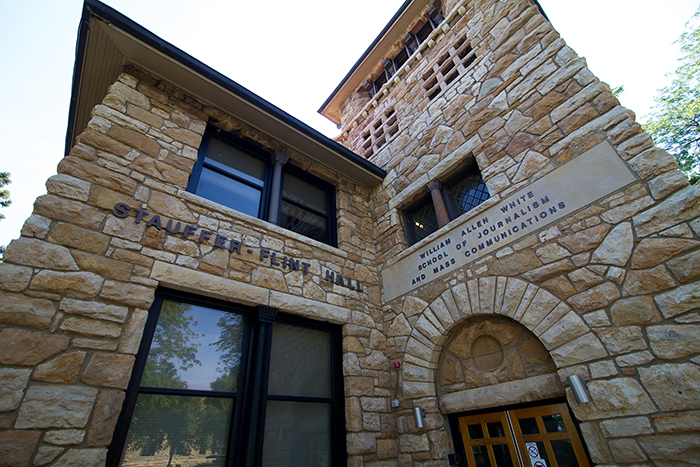 LAWRENCE — More than half of U.S. newspaper jobs have been cut since 2008. A new study from the University of Kansas explores how journalists have dealt with the emotional and physical toll of unemployment and how they adjusted to new jobs and careers. Those findings likely illustrate what the thousands more journalists who lost jobs during the pandemic will experience in coming years.

Researchers from the William Allen White School of Journalism & Mass Communications replicated a study of former journalists originally conducted in Australia. In surveying more than 300 journalists who left the field, the study found large percentages of former journalists who suffered depression, shock and financial difficulties, but also significant numbers who reported relief and improved lifestyle. And the responses were highly predicted by whether they chose to leave or were forced out of their job. 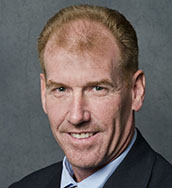 Scott Reinardy, Malcolm Applegate Professor in News Management and Editing at KU, was co-author of the study with Lawrie Zion of La Trobe University in Australia and Annalise Baines, doctoral candidate in journalism & mass communications at KU. It was published in the Newspaper Research Journal.

“The U.S. has always been a little ahead, not in a good way, in terms of layoffs, buyouts and intense changes in the industry. I don’t know exactly why, but that has been reflected in the research,” Reinardy said. “For this study, you had one group with a plan that they pursued, and another, though not necessarily caught off guard, were put in a place of trauma. You’re talking different stressors, and that was also reflected in the data.”

The study aimed to determine how job loss affected the well-being of journalists, the coping strategies they used following job loss and how reemployment affected their well-being. The first group, which included people who left newspapers on their own, mostly had a positive reaction to leaving their jobs. Nearly half (49%) used language such as “relieved, excited and happy,” while 21% used language such as “sad, devastated and depressed” when discussing their emotional reaction. In the second group, which included journalists who were laid off or took a buyout, 70% of participants reported they felt “devastated, depressed, disappointed, heartbroken, stressed, sad, irritated and angry.”

Among coping strategies, former journalists reported taking comfort among family, friends and colleagues, getting a new job or searching for one, professional therapy or taking no actions. Those who left mostly reported no coping strategies at 38%, compared to 28% who used new jobs or the search for new work, and 22% reported friends, family or colleagues as support. Among those bought out or laid off, social connections were the most frequently reported at 42%, while no action measured 28% and a new job or work search registered 17%.

Respondents were also asked how they were faring in new jobs or careers. Some returned to newspapers, while many others moved into other fields or careers. Positive, negative and neutral well-being in new jobs were reported at 52, 17 and 32%, respectively, for those who left on their own. Those forced out indicated their experiences in the same order at 48, 28 and 24%, respectively.

Former journalists widely reported, though, that their skills honed from years working in newspapers were largely transferrable to a variety of new jobs and that they were encouraged by that. About 14% of journalists surveyed returned to newspapers.

“This provided statistical and anecdotal evidence that the skills it takes to research, write, synthesize information, problem-solve and think critically are highly valued in other jobs,” Reinardy said. “Many found jobs using their skills they learned as journalists in new careers.”

Respondents reported a variety of emotions and experiences about their current well-being, with some noting they still missed the work, some feeling reduced stress about deadlines and being the next to be laid off, as well as persistent depression or the feeling of “dying but not being dead,” as one respondent said. Overall, 62% of those who left on their own reported positive well-being now, while 54% of those forced out signaled the same. Negative and neutral responses from the groups were at 7 and 10% and 31 and 35%, respectively.

The findings confirm that losing a job is stressful and the journalists who did so experienced negative effects on their identity, social contacts and self-worth, perhaps not surprisingly, Reinardy said. It also reinforced, however, that the way in which one leaves a job makes a significant difference in emotional and physical well-being. The findings likely indicate what journalists who lost jobs during the pandemic will experience, though early indications show the majority were laid off or had positions eliminated as opposed to leaving on their own.

“Losing your job can be traumatic, but choosing to do so makes a difference,” Reinardy said. “I don’t know what the experience will be for journalists who lost their jobs during the pandemic, but this suggests there will be similar ramifications. Although there are other opportunities now that weren’t there from 2008 to ’19, so I would like to think the trauma won’t be as great, but it does raise the question.”